The 'Landslide' hitmaker admits the bond between the pair has been "fake" during performances on previous tours but they are now as close as they were when we first met.

"He told me, "When I saw you and Lindsey play with Fleetwood Mac in 2009, there was nothing between you.

"It was as if you were thinking, 'What shall I get from room service? Grilled cheese? Tomato soup?'

"But what you see on stage now is not fake. It is loving, and it is as close to those two people who met as teenagers as you could hope for."

Stevie was 16 when she was first introduced to Lindsey, then 17, at a party in San Francisco and started making music together two years later.

The pair posed naked on the cover of their Buckingham Nicks album, made before Fleetwood Mac was 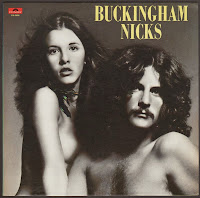 formed, and Stevie was "terrified".

Stevie revealed: "I could not have been more terrified if you'd asked me to jump off a speeding train.

She hid the picture from her parents and admits they were less than impressed when they saw it.

Stevie said: "When the record came out and I saw my father it was, 'Why didn't you just say no, Stevie?' I said, 'Daddy, I don't know. I didn't feel like I had a choice - I'm so sorry'. I learned a big lesson that day."

The 20th Anniversary of Mojo Magazine is in stores now
Nickslive at Saturday, November 02, 2013
Share