Tonights The Night!
Welcome back John! Have a great show! 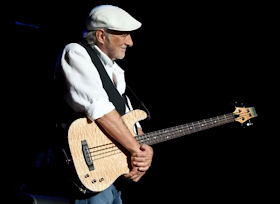 
It’s maybe the sweetest song that Stevie Nicks ever wrote about her relationship with Lindsey Buckingham, and like their love itself, it was eventually lost.

Penned more than four decades ago, “Without You” is a blown kiss to Nicks’ former beau, written with a constellation of stars in her eyes.

“If I’d not heard your laughter / Maybe I wouldn’t love you,” she wrote, her i’s practically dotted with little hearts. “If I’d not sung your music / I’d not come rolling after you.”

The song was demoed in the early ’70s, and Nicks recalls performing it live on numerous occasions.

“We did it onstage 62 times,” she remembers. “The audience seemed to really love it. We told the whole story of where we lived and how we moved down here. It was like they really got to walk with us through that song. It should have been on a Fleetwood Mac record. But, you know, sometimes things get lost.”

And sometimes they get found. 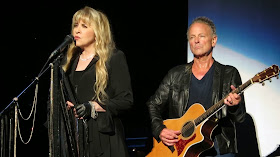