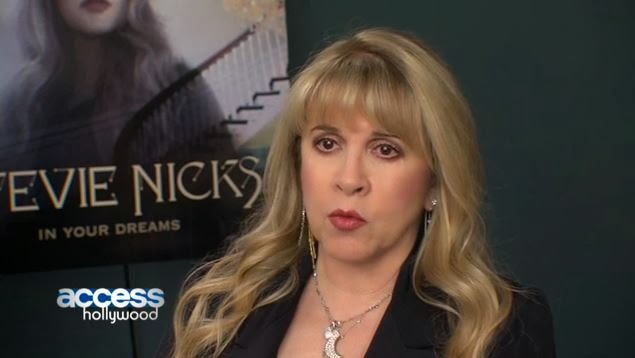 While promoting her new documentary, "In Your Dreams," Stevie Nicks remains tight lipped when Access questions her about what she's doing on "American Horror Story: Coven." So, how did she land this terrifying guest appearance?

Full article here but here's the section about Stevie:


You had mentioned that you wanted Stevie Nicks to come back. Is that gonna happen?
We have Stevie for another. Stevie will be in episode 10 and then we have Stevie for another one, doing an idea that she came up with that I thought was too perfect to say no to. Hilariously, Stevie read some of the scripts and called up and said “Are you aware that one of the things you’re doing I actually wrote a song about?” I’m like, “You’ve got to be kidding.” Then I remembered the song. We have something cool that was her idea.

Can you say what song it is?
No it gives it away!
Nickslive at Thursday, December 05, 2013
Share