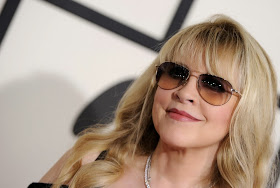 During her 40-year career as a member of Fleetwood Mac and a solo artist, the singer-songwriter Stevie Nicks has made more than 40 Top 50 hits and sold over 140 million albums. “In Your Dreams,” a documentary film about the making of her 2011 album of the same name, was recently released on DVD. Now 65, Ms. Nicks called from a rented house in Phoenix, her hometown. A condensed and edited version of our conversation follows.

You just finished a tour with Fleetwood Mac, a band with a tumultuous personal history. How do you all get along now?
Mick Fleetwood and I are best friends. We were mad at each other for six months or a year after we broke up, and then were able to return to who we were before. My relationship with Lindsey Buckingham is never going to be that. When it’s all said and done and I’m 90 years old, maybe I’ll be able to figure that relationship out. John McVie I adore. I look after him as much as I can [Mr. McVie was given a diagnosis of cancer in October] and make sure he puts ice on his back.

Are you surprised that the band is still together?
Surprised? No. It’s a really great band.

How has your voice changed?
I had a lot of problems with my voice from 1975 to 1998. We were only just starting to use ear monitors, and we’d been using huge floor monitors that blast the sound back at you and you just scream over it. There were many bad nights onstage. Since 1998 I’ve been working with a vocal coach, Steve Real, and I’ve never had a problem onstage since.

So your voice is in better shape than it was 30 years ago?
Oh, yes. I tell all the young people I know that sing to get a vocal coach. You don’t have to take them on the road like I do. They’ll make you a tape, and you’ll become a better singer. 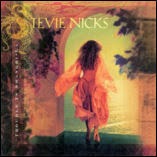 Why the 10-year wait between your last two solo albums? 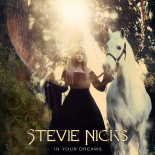 After I made “Trouble in Shangri-La,” which came out in 2001, I started realizing that everything my manager was telling me about how the Internet was going to eventually kill the music business was true. Records as we knew them, records as concepts, as 12 songs in a row that were sequenced, where you may not like the fourth song but you let it play because you love the way the third song went into the fourth song and the way the fourth song went into the fifth song, were definitely ending. And that was heartbreaking. I was told that the best thing for me to do as an older rock ‘n’ roll singer would be to tour.

Eventually you made “In Your Dreams.”
Well, I saw this movie, “New Moon,” in the Twilight series, and I was very inspired by that story so I wrote a song about it called “Moonlight.” And I thought, I can’t just put out this one song so I guess I’m going to have to put out a record. I got off the Fleetwood Mac tour in 2009 and hit the ground running. I called Dave Stewart [formerly of the Eurythmics] probably two weeks after I got home and said I’m ready to make a record now.


You and Dave wrote songs together, which was a big change for you.
That’s probably one of the reasons it was the best year of my life. I always wished that I could write with people. I do write, in a way, with Mike Campbell [a sideman for Tom Petty], who sends me tracks. But he’s not there. So when the thing with Dave happened it was so out of the blue. We wrote seven songs in under three months, and recorded as we went, and my whole idea of songwriting changed. Dave Stewart doesn’t have an ego. He can read your mind. He can read your eyes. If you look the slightest bit like, “Oh, no,” he says, “Let’s go another way.” So you never have to have that pit in your stomach where you’re going, “O.K., when he finishes playing this song I’m going to have to say I hate it.” 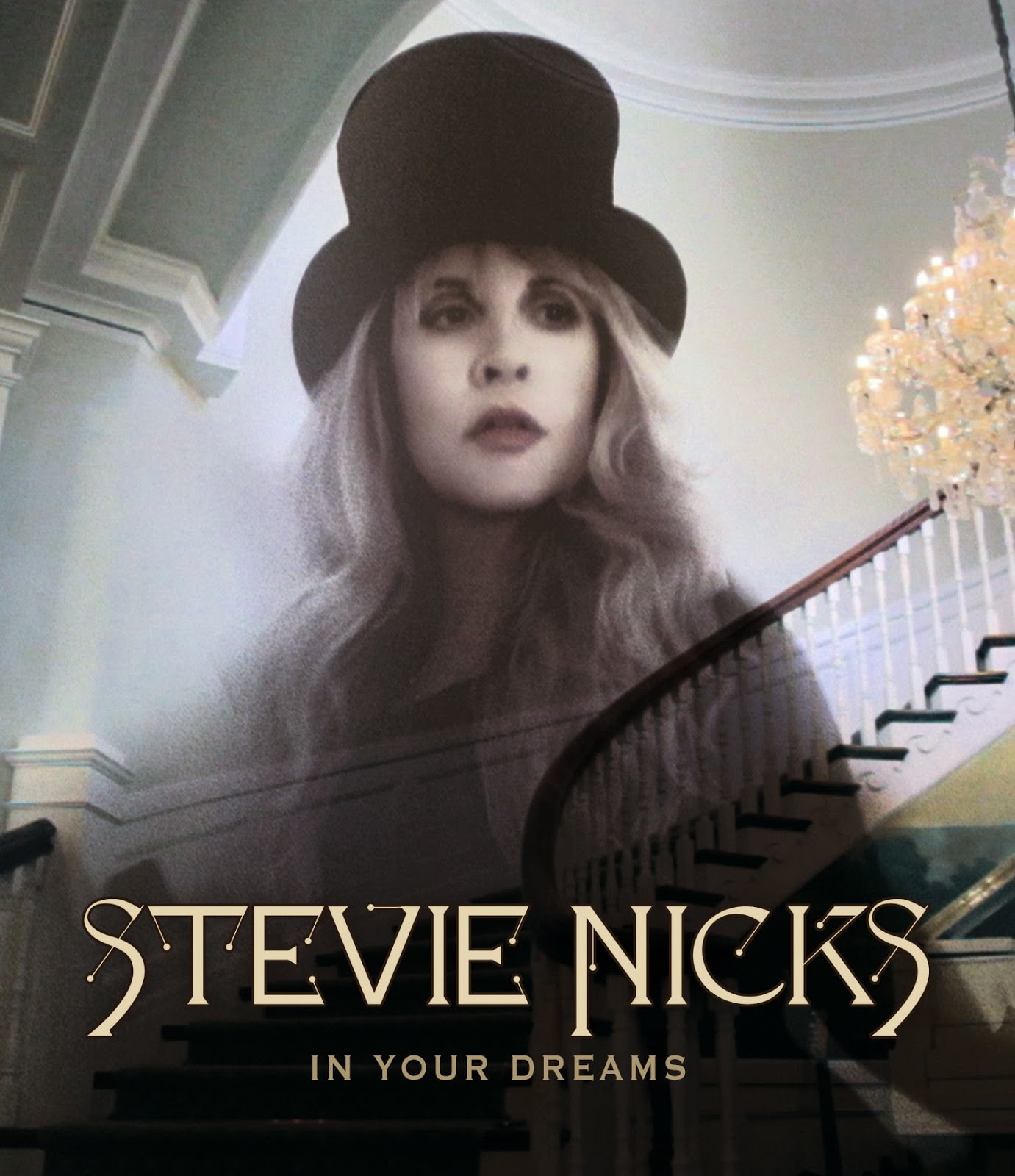 You say in the documentary film about the making of “In Your Dreams” that recording “Soldier’s Angel” with Lindsey Buckingham marked a new beginning for the two of you. How so?
Because he was able to come to my house and walk into the world of Dave Stewart and Stevie Nicks, which is not the world of Lindsey Buckingham and Stevie Nicks. When he walked in the door he was surrounded by cashmere and hugs.

You recently appeared in the television show “American Horror Story: Coven.” What was that like?
It was pretty nerve-racking. I never, ever thought that I would ever do anything in the acting genre because I was in a play when I was in the fourth grade and I consider it the worst moment of my life. We got the script the day before and when my assistant read it out loud to me at 2 in the morning in New Orleans, I said I think I should get on a plane right now and go straight back to Los Angeles and hide out. I was almost in tears. But everyone was really understanding.

Will we see more of you onscreen?
There was a point toward the end of the first day where I’d sung “Rhiannon” like 25 times and they said O.K., one more time, and I’m like, are you insane? Now we have to get Jessica Lange and now we have to get the fireplace and, oh my god, these people work so much harder than I do. It’s hard for me to sit and wait.

The “American Horror Story” episode was called “The Magical World of Stevie Nicks.” Have magical things happened to you?
I believe that that first record going to No. 1 and making Lindsey and I millionaires at the end of the summer when I was a waitress at the beginning of the year was magical.

Is it true what you wrote in “Landslide,” that “time makes you bolder”?
I wrote “Landslide” in 1973, when I was 27, and I did already feel old in a lot of ways. I’d been working as a waitress and a cleaning lady for years. I was tired.

How do you feel now?
I’m extremely lucky. I’ve been in a famous band for a very long time and because of that I’ve taken very good care of myself, except for the eight years I was on Klonopin and I got really fat, but that wasn’t my fault. You have to keep yourself youthful. And I don’t mean looking 22 and going to plastic surgery and looking like a caricature of yourself, a stranger that nobody recognizes so that you can’t even get a table at a restaurant because you really don’t look like Stevie Nicks anymore. I wear the right clothes, age-appropriate clothes. But I can still do some of the things I could do when I was really young and pull it off as a 65-year-old chick.

You got a lot of attention in the press when you gained weight.
I just kind of went underground. Understand, I was on Klonopin. It’s a tranquilizer. You’re tranquil. I stayed home in a really beautiful house, watched a lot of TV, and ordered from Jerry’s deli. I went from 125 up to 173 pounds. I did a couple of tours and everyone talked about my weight, but I managed to do pretty good shows so people gave me that. One day I woke up and said, this doctor is insane. He’s a groupie who wanted to have me come in a couple times a month to talk about rock ‘n’ roll I learned a valuable lesson. Never trust doctors, ever. I called up my best friend and said come get me and take me to a hospital. I spent 45 days there and got over it.

You were prescribed Klonopin after completing rehab for cocaine addiction, right?
I had gotten out of Betty Ford three months before I went to see him and I was doing great. But everyone was worried I was going to start using cocaine again. So I lost eight years of my life. Think of what could have happened during those eight years. I might have gotten married, I might have had a baby, I certainly would have made more albums.

You must be furious with that doctor.
If I was driving a car and he was crossing the street I might run over him.

How do you manage your anger?
If I’ve learned nothing else it’s that time passes and anger doesn’t do you much good. Something that seems really bad today is going to be better next week. And things you think are never going to go away soften with time. When things happen that upset me I try to do something that makes me happy.

Like what?
Right now I put on Lady Gaga’s “Applause” and dance around the house.

What else makes you happy?
Writing. When I write I go into my own world.

Do you spend a lot of time in your own world?
I’m single, I don’t have children, and I’ve never been married except for three months a long time ago. And that doesn’t matter; It wasn’t a marriage of reality. I live a single woman’s life and yes, I spend a lot of time by myself. I have a few very close friends, most of them I’ve known forever, and I kind of like it. Would I be willing to have a boyfriend? It would be fun if I could find a boyfriend who understood my life and didn’t get his feelings hurt because I’m always a phone call away from having to leave in two hours for New York or a phone call away from having to do interviews all day long. It’s not very much fun to be Mr. Stevie Nicks. In the last 10 years I’ve just said I’m going to follow my muse. If I want to go somewhere I don’t have to worry about anyone being mad at me. I don’t have to make up excuses on the phone about why I’m not coming home. If it were to happen to me I’d be thrilled. But when I’m 90 years old and sitting in a gloriously beautiful beach house somewhere on this planet with five or six Chinese Crested Yorkies, surrounded by all my goddaughters who will at that point be middle-aged, I’ll be just as happy.

Can you imagine a time when Fleetwood Mac will come to an end?
It will probably become less physical and involve less travel. But I don’t see Fleetwood Mac ever really stopping.