Stevie Nicks on Kiss' Rock Hall Appearance: 'They Should Have Played'
"It's their loss they didn't play, because the Kiss Army is out there screaming for them," says Fleetwood Mac singer
By KORY GROW 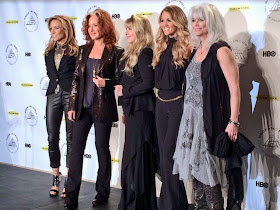 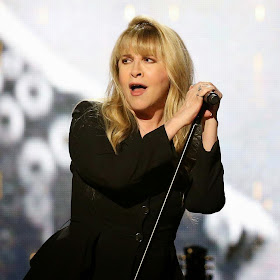 After Glenn Frey spoke about Linda Ronstadt, the five ladies took the stage... Stevie sang "It's So Easy" after Carrie Underwood, Bonnie Raitt and Sheryl Crow each did a number solo.  Then the five of them sang "Blue Bayou" and "When Will I Be Loved?". HBO will air the induction ceremony on May 31st at 9pm.

FROM THE PRESS ROOM: