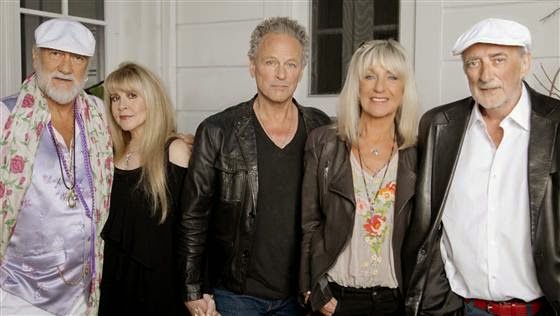 
According to Billboard Fleetwood Mac's March 27th Today Show appearance announcing the return of Christine McVie to the band along with the upcoming 2014 tour dates, had a fairly substantial affect on their catalogue album sales.

Album sales increased by 33% in the U.S. during the tracking period March 24th to March 30th according to Nielsen Soundscan. In total their catalogue sales amounted to 10,000 copies sold for the seven days, up from 8,000 the previous week.

Given that the March 27th announcement was three days away from the end of the tracking period and with the buzz all this week about Fleetwood Mac's reunion with Christine and tour tickets on sale - Next weeks charts reflecting a full seven days worth of sales should show further increases in sales.