Fleetwood Mac has outlasted the drugs, inner turmoil, and hiatuses to remain one of the greatest rock outfits in the world 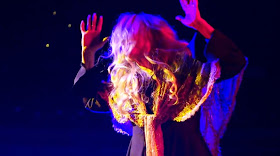 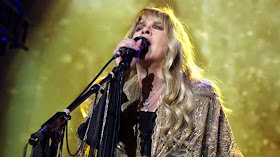 When I saw Fleetwood Mac at the old Omni Coliseum in Downtown back in 1987, the souvenir stand was selling a button with the band’s familiar penguin logo and the proclamation that “The Mac Is Back.” Flash-forward 27 years (gulp!) and band namesake Mick Fleetwood was  standing at the lip of the stage at Philips Arena (which sits on the former site of The Omni) proclaiming the very same message to a sold-out audience at last night’s show. 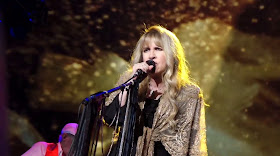 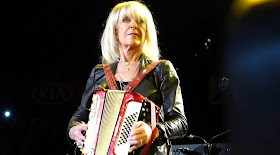 The difference between last night and 1987 was that this was indeed the “full Mac” lineup that everyone knows and loves. Earlier this year, songwriter and keyboardist Christine McVie came in from the cold after a 16-year hiatus to rejoin the band, which immediately set out on a world tour to celebrate. Fleetwood Mac has carried on recording and touring in the intervening years, but without her voice behind the hits of “You Make Loving Fun,” “Don’t Stop,” “Say You Love Me,” “Over My Head,” “Little Lies, “Everywhere” and emotional encore “Songbird.” Those songs were all back in action last night, with McVie’s smoky contralto rendering of each bringing some of the night’s biggest cheers.


But the band’s other two songwriters – Lindsey Buckingham and Stevie Nicks – were also in fine voice, with Buckingham offering  up his frenzied guitar solo version of “Big Love” and an ominous “Never Going Back Again,” which he seemed to be directing toward former flame Nicks. While the Buckingham-Nicks split back in the 1970s offered fuel for the Rumours album, they have been milking their still combative relationship for more than 30 years now. It does make for great stage drama, especially when Nicks turns and stares him down for “Silver Springs” (“You’ll never get away from the sound of the woman that loves you…”) and Buckingham yowls through “Go Your On Way” (“Packing up, shacking up is all you wanna do…”).


Of course Nicks comes with her own audience, as she’s built a staggering solo career that surely must chap Buckingham’s butt, especially when the crowd was going wild for “Rhiannon,” “Dreams,” “Gypsy” and a dusted-off version of “Seven Wonders,” which was featured in the finale of American Horror Story: Coven. The showstopper of the night was Nicks’ “Gold Dust Woman,” which morphed from rock into almost free form jazz as Nicks whirled and lurched around the stage doing her “crack lady dance,” as fans have dubbed it.

Mick Fleetwood got his big moment in an extended version of “World Turning” offering up an epic drum solo and audience call-and-response, while bassist John McVie, surely the band’s most underrated but vital member, was the steady rock during the extended set.  While the band members are all in there 60s and 70s, most people can only hope to have their amount of stamina – and musical chops – for a show that goes three hours with no break.

Perhaps the best surprise of the night was the makeup of the audience. From senior citizens to teenagers dressed in Nicks witchy regalia, it was truly a bridging of generations. As the band’s longtime opening number “The Chain” reminds us, Fleetwood Mac has outlasted the drugs, inner turmoil, hissy fits and hiatuses to remain one of the greatest rock outfits in the world. And I say to that, “never break the chain.”

If you missed Mac last night, the band will return to Philips Arena on March 25 for what is sure to be another sellout show.

OVER MY HEAD
GYPSY
WORLD TURNING