ON WITH THE SHOW TOUR AUSTRALIA & NEW ZEALAND 2015

The rumours are true - the legendary Fleetwood Mac will bring their On With The Show World Tour to Australia and New Zealand in 2015.

The On With The Show Tour will mark Fleetwood Mac’s first series of concert dates in Australia and New Zealand since 2009’s sold-out Unleashed Tour.

Touring as a five-piece for the first time since 1998, one of music’s most enduring groups of all time, Fleetwood Mac, will play a selection of arena, stadium and winery shows this October - November.

All five members of the classic 1975 lineup are back together, with Christine McVie rejoining band mates Mick Fleetwood, John McVie, Lindsey Buckingham and Stevie Nicks after a 16-year absence. 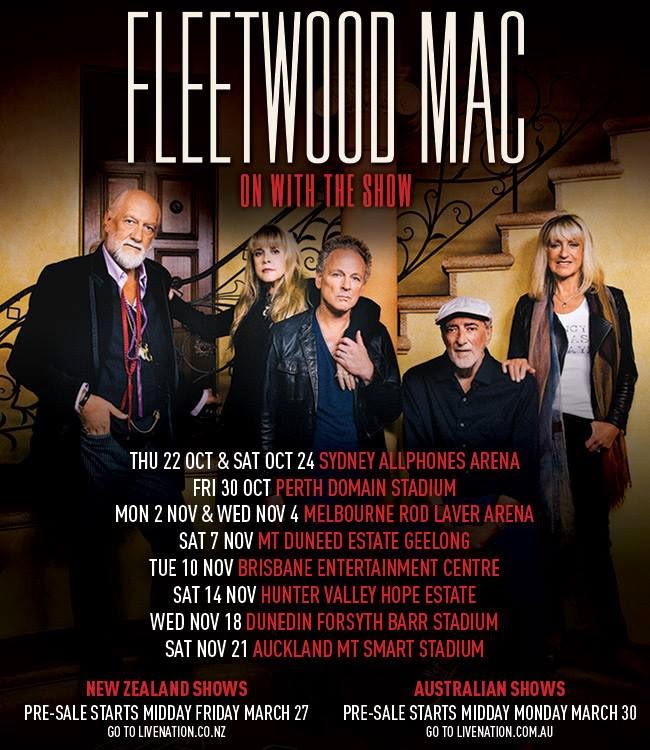 General public on sale tickets - April 1st for both Australia and New Zealand.

VIP Tickets and what the packages contain will be available via Live Nation
Nickslive at Thursday, March 19, 2015
Share