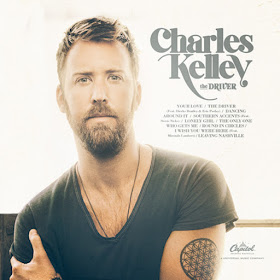 Lady Antebellum's Charles Kelley has set February 5th as the release date for his solo debut The Driver and has enlisted rock goddess Stevie Nicks and country superstar Miranda Lambert to ride along with him.

“Southern Accents” (feat. Stevie Nicks) (Tom Petty) – Petty’s original arrangement from his 1985 album of the same name doesn’t get shaken up much during Kelley’s cover. It’s still piano-driven, with a little percussion to add rhythm before things begin to swell. Nicks gets her own verse, in addition to singing alongside Kelley.