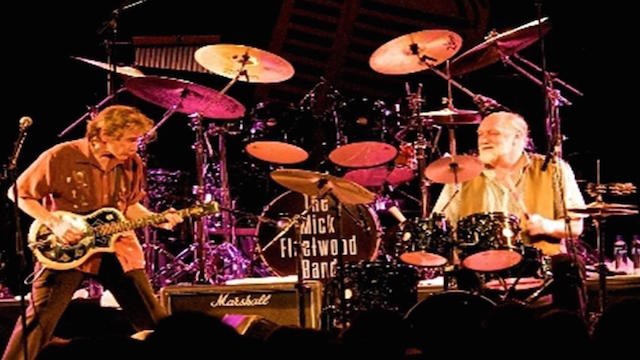 Bluesfest Touring is pleased to announce that the Grammy nominated MICK FLEETWOOD BLUES BAND, featuring RICK VITO will be performing two New Zealand shows in Auckland at the ASB theatre on 31st March and Wellington’s Opera House on 1st April, following their Bluesfest debut in 2016.

The band is led by the legendary Mick Fleetwood, the iconic co-founder and drummer of Fleetwood Mac, providing a backbone with his unmistakable power-house percussion and persona.

At the front of the group is Rick Vito, veteran Bluesman and former Fleetwood Mac vocalist and lead guitarist. Rick adds his personal touch while staying true to the styling of early Fleetwood Mac front man Peter Green, who along with Lenny Castellanos on bass and Mark Johnstone on keyboard, will be delivering a world class blend of Blues and Rock.

The Mick Fleetwood Blues Band featuring Rick Vito really is a celebration of Mick’s Blues heritage. As well as their own material, the band pays tribute to the original Fleetwood Mac, the all-male Blues band that started it all in 1967.

In 2008, THE MICK FLEETWOOD BLUES BAND featuring Rick Vito released Blue Again, recorded live at the Sheldon Concert Hall in St. Louis, Missouri. The album features equal parts Blues rave-up and loving homage to the early incarnation of Fleetwood Mac, and the powerhouse Blues project features versions of early Peter Green-penned hits such as 'Black Magic Woman', 'Albatross' and 'Rattlesnake Shake' as well as original material composed by Rick Vito. The album made it to No. 4 on the Billboard Top Blues Albums Charts.

We can’t wait to take that trip down memory lane when THE MICK FLEETWOOD BLUES BAND hits the stage – any true blues aficionado will not want to miss this show!