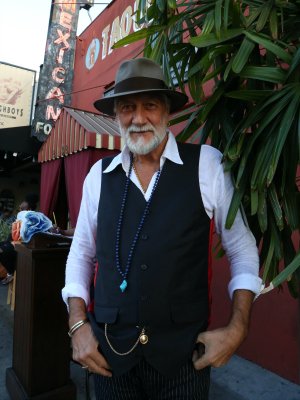 Mick Fleetwood returned to the historic El Carmen restaurant in Los Angeles last month, to be photographed by Henry Diltz for the upcoming Genesis publication charting the formation and rise of Fleetwood Mac from 1967 to 1974.

It was in this restaurant, in 1974, that Mick Fleetwood, John McVie, Christine McVie, Stevie Nicks and Lindsey Buckingham met to discuss the next incarnation of the group.

Genesis is looking for anyone who has historic photographs of Fleetwood Mac for possible inclusion in Mick Fleetwood's limited edition new book.

To find out more about this Genesis edition, and submit your photos of Fleetwood Mac for possible inclusion in the book visit: