The evening began with an unforgettable performance by The Pretenders, wowing guests with rousing renditions of their most beloved songs including “I’ll Stand By You” and “Back On the Chain Gang.” Then, prior to taking the stage, Nicks was presented with an honorary key to the theater and commemorated the unveiling of the venue by autographing a backstage wall, starting a tradition for all Park Theater performers to come.

Receiving a huge ovation upon her entrance, Nicks greeted the sold-out crowd, welcoming guests to the new theater.  Nicks’ performance featured a variety of hits from her multi-decade career, including “Edge of Seventeen” and “Wild Heart,” while showcasing the venue’s industry-leading technology with stunning, immersive visual graphics throughout her set. The opening night crowd was treated to a surprise duet performance of “Stop Draggin’ My Heart Around” by Nicks and The Pretenders frontwoman, Chrissie Hynde.

The remarkable performance concluded with a powerful encore of “Landslide,” dedicated to MGM Resorts International executives Bill Hornbuckle and Richard Sturm for inviting Nicks to be a “part of history” as the first headliner to perform at Park Theater.

The premiere of Park Theater serves as the first step in the reimagination of Monte Carlo. The transformation, taking place over the next two years, will include two distinct hotel experiences – a Las Vegas version of Sydell Group’s famed NoMad Hotel and the launch of a new luxury hotel named Park MGM. Each will feature fully redesigned guest rooms and innovative food & beverage offerings, highlighted by Eataly, a vibrant Italian marketplace with cafes, to-go counters and full-service restaurants interspersed with high-quality products from sustainable Italian and local producers.

Stevie Nicks and The Pretenders are the first of many renowned artists who will take the stage at Park Theater. This New Year’s Weekend (December 30 and 31), the venue will welcome musical genius Bruno Mars for the launch of an extended engagement. In 2017, the one and only Cher will begin performances of her new show, “Classic Cher,” followed by international pop sensation Ricky Martin, slated to make his residency debut in April. Park Theater also will host comedians including Katt Williams, international music sensations such as Fish Leong and Il Volo and many others. Beyond live music, Park Theater will serve as a new home for MMA and boxing, among other sporting events still to be announced.

Park Theater will play a key role in MGM Resorts’ strategy to further evolve the entertainment landscape in Las Vegas, providing intimate exposure to some of the most celebrated artists and athletes. Featuring unparalleled audio and visual technology, luxurious décor and much more, the 5,200-seat venue will provide artists an exclusive space to create productions unique to the venue. Built with the audience in mind, the intimate seating allows guests to feel up close and personal for any and all events. 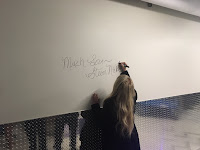 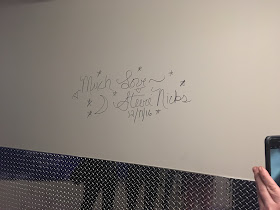 
The venue was christened with a double take, an old pro regaled by the new.

“Look, it’s us,” The Pretenders frontwoman Chrissie Hynde marvelled as she gazed at 20-foot-tall versions of herself and her bandmates, her voice a mix of awe and amusement as she gawked at the video screens bookending the stage and doubling as massive mirrors as they played. 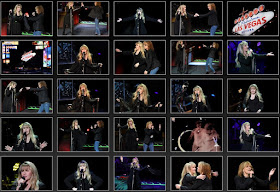