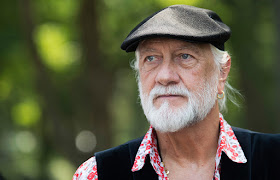 "Change is not an unfamiliar thing in Fleetwood Mac," drummer and co-founder Mick Fleetwood tells Billboard as the group gears up for the Oct. 3 launch of its An Evening with Fleetwood Mac tour.

But even by Mac standards -- 18 members, not counting touring adjuncts, over its 51 years -- the latest shift is a doozy.

You'd have to be living under a rock to not know that Lindsey Buckingham is out of the group again, due to disagreements over the timing of the upcoming tour and other issues. Joining Fleetwood, bassist John McVie, singer Stevie Nicks and signer-keyboardist Christine McVie now is the eyebrow-raising duo of Split Enz/Crowded House veteran Neil Finn and Heartbreakers guitarist Mike Campbell in his first public endeavor since Tom Petty's death last Oct. 2.

It's as dramatic a move as any in Fleetwood Mac's storied career -- perhaps even greater than Buckingham's last departure, in 1987, which brought Billy Burnette and Rick Vito into the band. The schism still rankles, of course, but as the Mac makes ready to hit the road in North America -- with dates booked into early April -- Fleetwood is accentuating the positive and predicting plenty of, er, future games for what he promises is not a one-off but rather the new lineup of his band.

All parties, including Lindsey, were talking during the past couple of years about a definite tour for 2018. The events that transpired probably weren't the way you envisioned commemorating the 50th anniversary of Fleetwood Mac's first two albums.

No, it's fair to say that it wasn't. Having said that, the reality was, in simple language, we weren't happy, and the details of that are part of the fabric, almost, of the story of Fleetwood Mac. We weren't expecting this time, but it also does not seem surprising. Every man and woman in Fleetwood Mac wish Lindsey well in any ventures he's doing and also have a huge respect for what he did with Fleetwood Mac; Having said that, it wasn't working for us and we made the decision as a band to continue, and that's what we've done with open heart. We've found two unbelievably talented gentlemen that have more than their own story to tell -- which, by the way, is what's made this work. They're stylists, and they have their own integrity as artists, which I think was a huge help in what we're doing.

And it's not the first time you've been to this rodeo, as it were.

That's right. If you look at the track record of this crazy outfit known as Fleetwood Mac over the last 50-odd years, change is not an unfamiliar thing. We don't look at it in a flippant way or in a light way. This is a huge change. But we went into it with spirit and knew that it was really, really good and had to feel right. And now we are able to say that and feel that and, now, play that. That's how we got where we are. It's a big decision and it had to be right, and with Mike and Neil that spirit has been ignited in a way that made this really make sense.

A lot of bands crumble when the first change happens. What is it about Fleetwood Mac that's allowed you to stay the course through some truly seismic shifts?

I don't actually know. Sometimes me and John McVie sit there with tongue in cheek and go, "What is that?" For sure it's part of the story. I think it's stubbornness...and the love of what we do. Being the rhythm section of Fleetwood Mac, the reality is we don't function unless we're in a band. I'm not being sort of flip; I think that may very well having something to do with it. We want to play, and if we're going to play there has to be a band around us. We're not all 18 years old, but we're certainly not too ancient to be doing what we're doing -- which, by the way, I believe we do better now than when we were 18 years old.

So how do you make a big change like this work?

I think one of the reasons we've survived is that we welcome people for who they are, not have them feel they need to be a karaoke copycat or anything. Anyone who's come into this band has been free to be who they are and they've been accepted as such and they've not been trained to, "You've got to do this, you've got to do that," and it's the same now. For sure there are moments in time where certain lineups of Fleetwood Mac have prevailed at a much larger sort of proportion than other moments in our band's history, but I can't think of another band that has done it like we have.

Does that track record for change in a way make it easier for Neil and Mike to step in than maybe it was for Lindsey and Stevie back in 1975?

You are completely correct, absolutely. I think one of the amazing things is both Mike and Neil have their own credibility in their own right from their careers, but they were thrilled to be playing songs that are not their songs. The amount of absolute pleasure they're having in playing these songs energizes the rest of us, and of course their own styles have affected some of the things we're doing, which is invigorating. They have huge deference to what we're doing and huge respect for this long story which is Fleetwood Mac, but they bring their own substance and we're having fun reinterpreting a couple things here and there which I think is going to be different and fun for our audience, too.

You've indicated that having Neil and Mike in the band has really opened up the setlist possibilities. What can we expect from the shows?

It has opened up musical sort of variances. We're over 50 years old, so we're quietly having fun delving into some stuff that we haven't done for 45 years. That's been really exciting and adventurous to be able to do that and put a great set together where I think there will be some surprises. I won't give you the song titles, but we also have two really talented gentlemen who have their own story to tell, and Fleetwood Mac is more than loving being able to pay a tribute to from whence these two gentlemen have come. You'll be hearing a couple things they're connected to from their history. And the bulk of these songs are going to be focused on what people know and love and expect. We're not going to walk on a stage and not play "Dreams" or "You Make Loving Fun" or "Landslide," so all of that is part and parcel of what we're doing.

There's also a certain intertwining of a big Fleetwood Mac's tenure with what Mike did with the Heartbreakers, too?

Stevie, of course, is well versed with Mike and Tom Petty, and that's a lot of fun to be able to do that. It is hugely appropriate that we're doing a Tom Petty and Mike Campbell song on stage, a Heartbreakers song. He wasn't sure whether he wanted to do it, but we said, "You've got to do it!" I won't tell you the song, but we love it and we are doing it.

What's it like for you and John to play some of the really old stuff again? Will you see ghosts when you start rolling them out?

It is amazing and we are playing a few very old songs and we pay kudos to Peter Green, who started this band; People think it's me and John, but it's Peter Green, and when Peter left we carried on. So there will be those, as you said, ghosts or reappearances of a type of energy we've been connected to. It's a lot of fun going back, and how cool is it that we're playing "Oh Well" and Mike's kicking the hell out of it -- and, coincidentally, Tom Petty used to do "Oh Well" in his show. So all of this funny, connective stuff has been sort of a reminder of from whence we have come.

Everything happened so quickly here. Have you had time to consider what the future holds?

Well, this IS the new lineup of Fleetwood Mac. (Finn and Campbell) are not just passing through. I look forward to making music with Mike and Neil; I think we all do. It isn't right now, but this is a highly creative bunch of people that still have a lot in that bag, in that mojo bag, that I would love to see, and I think we will see some of that over the next couple years or so. We're on the first level now with touring, and my vision and hope, knowing the creativity that's alive not only with the songwriting talents of Stevie and Chris but with both Neil and Mike is we have a lot to look forward to. That's what makes a band a real band.

I hope so. It's all very different, and once you've got the notion to go forward and with your head held high, this is what it's about. We have a vibrant band and we're really excited about what we're doing and have unbelievably good feelings about Mike and Neil being part of Fleetwood Mac. So onward we go.
Nickslive at Thursday, September 13, 2018
Share