Lindsey Buckingham has filed a lawsuit against Fleetwood Mac

Lindsey Buckingham Sues Fleetwood Mac Over Dismissal From Band
Musician alleges breach of fiduciary duty and breach of oral contract, among other charges, after firing earlier this year
By ANDY GREENE
Rollingstone 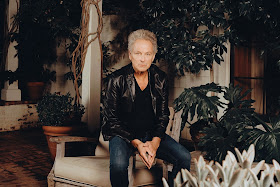 
Lindsey Buckingham has filed a lawsuit against Fleetwood Mac for breach of fiduciary duty, breach of oral contract and intentional interference with prospective economic advantage, among other charges, according to legal documents obtained by Rolling Stone. The group parted ways with Buckingham in January and replaced him with Heartbreakers guitarist Mike Campbell and Neil Finn of Crowded House. The lawsuit, filed Tuesday in Los Angeles Superior Court, states that he asked the group to postpone their tour three months so he could play shows with his solo band. He says plans were in place for the Rumours-era lineup to play 60 shows across North America when he was let go without warning.

“This action is necessary to enforce Buckingham’s right to share in the economic opportunities he is entitled to as a member of the partnership created to operate the business of Fleetwood Mac,” the complaint states.

The complaint offers a detailed look at the buildup to Buckingham’s departure from the band, going back to late 2017 when the group began plotting a 2018/19 world tour. It claims that Stevie Nicks, Mick Fleetwood, John McVie and Christine McVie wanted it to begin in August of this year, but Buckingham wanted it to start in November so he could tour behind his new solo release. When the others refused to delay the plans, the suit claims, he reluctantly agreed to postpone his album for a year to accommodate their wishes.

The suit alleges that a deal was made with Live Nation that would earn each member of the group an estimated $12 million to $14 million for 60 concerts. When Buckingham learned the group only wanted to play three shows a week, he asked permission to book his own shows during off-days. The band played the MusiCares benefit on January 26th, 2018 and two days later Buckingham learned they were carrying on without him.