Lindsey Buckingham Reveals The Truth Behind Being Fired From Fleetwood Mac

Lindsey Buckingham: Life After Fleetwood Mac
The singer-guitarist on his new anthology, solo tour and getting fired from the band he helped make famous 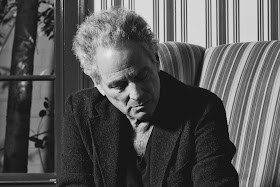 
Lindsey Buckingham and his wife, Kristen, were at home in Los Angeles on January 28th, watching the Grammy Awards ceremony on television, when the phone rang. Fleetwood Mac’s manager Irving Azoff was calling with a message for Buckingham from Stevie Nicks. The gist of it, Buckingham says, quoting Azoff: “Stevie never wants to be on a stage with you again.”

Two nights earlier, the most popular and enduring lineup of Fleetwood Mac — Nicks, Buckingham, singer-keyboard player Christine McVie, bassist John McVie and drummer Mick Fleetwood — performed in New York at a MusiCares benefit show honoring the group. “We rehearsed for two days, and everything was great,” Buckingham claims. “We were getting along great.”

But on the phone, Azoff had a list of things that, as Buckingham puts it, “Stevie took issue with” that evening, including the guitarist’s outburst just before the band’s set over the intro music — the studio recording of Nicks’ “Rhiannon” — and the way he “smirked” during Nicks’ thank-you speech. Buckingham concedes the first point. “It wasn’t about it being ‘Rhiannon,’ ” he says. “It just undermined the impact of our entrance. That’s me being very specific about the right and wrong way to do something.”

As for smirking, “The irony is that we have this standing joke that Stevie, when she talks, goes on a long time,” Buckingham says. “I may or may not have smirked. But I look over and Christine and Mick are doing the waltz behind her as a joke.”

At the end of that call, Buckingham assumed Nicks was quitting Fleetwood Mac. He wrote an e-mail to Fleetwood assuring the drummer that the group could continue. There was no reply. A couple of days later, Buckingham says, “I called Irving and said, ‘This feels funny. Is Stevie leaving the band, or am I getting kicked out?’ ” Azoff told the guitarist he was “getting ousted” and that Nicks gave the rest of the band “an ultimatum: Either you go or she’s gonna go.”

Asked if those were Azoff’s exact words, Buckingham responds, “Pretty much. I don’t remember his exact words, but that was the message.” In April, Fleetwood Mac announced a major North American tour with two new guitarists: Neil Finn, formerly of Crowded House, and Mike Campbell, from Tom Petty and the Heartbreakers.

Azoff and the other members of Fleetwood Mac declined to comment for this story on Buckingham’s account of his dismissal. But in April, Fleetwood — who co-founded the group in 1967 with original guitarist Peter Green — told Rolling Stone that the band hit an “impasse” with Buckingham. “This was not a happy situation for us in terms of the logistics of a functioning band.” The drummer did not elaborate but said, “We made a decision that we could not go on with him.”

Nicks — Buckingham’s romantic and musical partner when the two joined the Mac in 1975 — cited a disagreement over tour plans, saying Buckingham wanted too much time off for solo work. But, she added, “Our relationship has always been volatile. We were never married, but we might as well have been. Some couples get divorced after 40 years. They break their kids’ hearts and destroy everyone around them because it’s just hard.”

Buckingham confirms that, at a band meeting in late 2017 — shortly after a series of shows with McVie to promote their project, Lindsey Buckingham/Christine McVie — he asked for “three or four months extra” to do solo dates. There was “stonewalling,” he claims. “I left the meeting because there was nothing else to talk about.”

But he insists that Fleetwood Mac always “came first. And I don’t think there was ever anything that was just cause to be fired. We have all done things that were not constructive. All of us have worn on each other’s psyches at times. That’s the history of the group.”

It is a warm late-summer morning, and Buckingham, who turned 69 on October 3rd, is sitting on the patio behind his house in a hilly neighborhood in West Los Angeles, giving his version — on the record for the first time — of his exit from Fleetwood Mac. Later in the day, he will rehearse with his own band for a fall tour to promote Solo Anthology: The Best of Lindsey Buckingham, a compilation drawn from records he has made outside the Mac since the early Eighties. The guitarist had completed a new solo album, tentatively called Blue Light, when he was cut loose. It will come out next year.

“Am I heartbroken about not doing another tour with Fleetwood Mac? No,” Buckingham says, “because I can see that there are many other areas to look into.” But, he goes on, “The one thing that does bother me and breaks my heart is we spent 43 years always finding a way to rise above our personal differences and our difficulties to pursue and articulate a higher truth. That is our legacy. That is what the songs are about. This is not the way you end something like this.”

Buckingham says he tried to contact Nicks, without success. On February 28th, a month after first writing to Fleetwood, Buckingham sent the drummer another e-mail expressing those sentiments and his frustration with the band’s “radio silence.” There was no response. Since their last show together, at MusiCares, Buckingham has not spoken to any of his former bandmates.
On September 5th, Fleetwood Mac’s new lineup made its television debut on Ellen. Buckingham did not watch it. His wife did. “I was just sad,” Kristen says. “I was thinking, ‘How did they get here?’ ” Kristen and Lindsey met in 1996, not long before the guitarist — who quit Fleetwood Mac in 1987 — rejoined, leading to the 1997 live reunion album, The Dance. “Even though we didn’t see them very often,” Kristen says of the other members, “it was still a family of sorts.” The Buckinghams’ three children “called them aunts and uncles.”

It is still a small world. But it has become awkward. The husband of Lindsey’s niece is a drum technician on Fleetwood Mac’s road crew. Buckingham’s advice to him: “Mick is still a great guy. Don’t be anything other than a centered, grounded person for him. Do your job well.” Also, John McVie and the Buckinghams are neighbors. The bassist’s home is “literally 300 yards from here,” the guitarist says, pointing through his house to the other side of the street.

Kristen recently ran into John’s wife, Julie, at a local nail salon. “My heart sank a bit,” Kristen says. “She said hello. I asked about her daughter — it was neutral ground.” But when Julie mentioned the tour, “She must have seen my face: ‘Oh, how is Lindsey doing?’ I didn’t want to sugarcoat it. I just said, ‘You know, not great.’ ”

“I had a visceral reaction to it for a long time,” Buckingham says, “completely hurt. I’d be fine for a while, and then it would come back.” He was also “disappointed” in what he calls “the disproportion in what happened and anything you can put on me in terms of behavior and the scale of what went on.”

Buckingham is not the first member of Fleetwood Mac to be fired. Guitarist Danny Kirwan was canned by Fleetwood in 1972 for alcoholism and violent behavior. (Kirwan died in June.) In 1973, singer Bob Weston got his pink slip after he had an affair with Fleetwood’s then-wife. Buckingham, in turn, has a long-standing reputation as a hard case, uncompromising and quick to ignite. He took over Fleetwood Mac’s musical direction after the megaplatinum sales of the group’s 1977 album, Rumours, pushing for the New Wave risk of 1979’s Tusk. After that record’s muted success, the guitarist made his first solo album, 1981’s Law and Order, because, he says, “I was pissed off” at what he saw as the band’s creative retreat. “Was I biting the hand that fed me? Oh, yeah.”

Kristen acknowledges that Lindsey was “definitely edgier when I met him,” adding that marriage and fatherhood “softened” that. Still, she admits, “He’s always been a prickly guy. That’s the truth.”

Practicing for his solo tour at a studio in Burbank, Buckingham is relaxed and chatty as he runs down the opening numbers in a 23-song set list with two members of his band, keyboard player Brett Tuggle and bassist Federico Pol. (Drummer Jimmy Paxson will arrive in a few days.) Buckingham is also focused on the details in the music, singing with his eyes shut tight in concentration and looking intently at his guitar as he picks the Bach-like introduction of “Don’t Look Down,” from 1992’s Out of the Cradle.

Buckingham is literally a solo artist in that he records mostly at home, singing and playing virtually all of the parts, and he is an obvious perfectionist in rehearsal as he stops songs to resolve the timing of a part or the volume in his monitors. It is easy to see how, in a historically dysfunctional setting like Fleetwood Mac, that kind of intensity could spill over into dissension and stalemate.

Ironically, when Buckingham starts his solo tour in early October, in Portland, Oregon, it is within days of the new Fleetwood Mac’s opening night, in Tulsa, Oklahoma. The latter are playing arenas into next spring. Buckingham is appearing in theaters such as New York’s Town Hall. “That’s the story of my solo work: You lose nine-tenths of the listeners,” Buckingham concedes. The set list he rehearses in Burbank includes songs that he could be playing with Fleetwood Mac right now: “Big Love,” “Tusk,” “Go Your Own Way.” But the encores are from solo albums. One, from 2008’s Gift of Screws, is called “Treason.”

“It is not my place or intent to open that door,” Buckingham says of his former band. “I’ve done my best to reach out to them.” He has not “technically closed the book on anything. Nor would I. But I am not planning that anything will change from what it is now.”

Buckingham knows there will be moments on his solo tour, backstage, when well-meaning fans will hand him a copy of Rumours to sign. And “that’s OK,” he says. “Somebody handing me Rumours has no effect on anything more than it ever would have. It is just an affirmation that we’ve done our job right.”