Around the Water Cooler: Dreams and the gypsy that remains
By Andrea Agardy - Tullahomanews
Photos Zach Birdsong 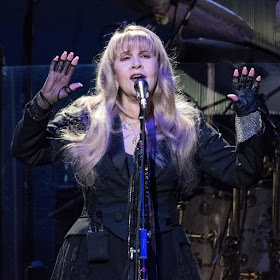 Some little girls dream about being princesses when they grow up. Others want to be astronauts or Wonder Woman or CEOs of enormous tech companies. As for me? I wanted to be Stevie Nicks.

When I was about 8 years old, I was flipping channels one day after school when I stumbled across the video for “Stand Back,” Nicks’ 1983 solo hit. In less than five minutes, my ambition to be a tap dancing brain surgeon (that’s a story for another day) evaporated. The only thing I wanted to do was wrap myself in lace and fringe and spin, spin, spin while a fan dramatically blew my hair like I was living in a shampoo commercial.

And that’s exactly what I did. Well, as nearly as I could manage as a kid in New Jersey. A blanket became my shawl, I snuck one of my mom’s round cake pans out of the kitchen to use as a makeshift tambourine and headed to my bedroom, where I put the radio on and twirled until I was dizzy.

Stevie was captivating. And glamourous. And bold. And ethereal. And that voice, oh my goodness, that voice! Smoky, a little husky and maybe even a touch nasal, but unmistakable and absolutely one of a kind.

So, when the opportunity to see Fleetwood Mac at the Bridgestone Arena fell into my lap this week, I jumped at the chance.

Lest I offend any classic rock superfans, yes, I’m well aware that Fleetwood Mac is a band in and of itself, not just Stevie’s backing musicians. But for me, Wednesday night was all about Stevie. Judging by the number of shawls and lacy chiffon dresses in the crowd, I wasn’t alone.

The lights came up, and there she was. Dressed head to toe in black, complete with 6-inch heeled boots and her microphone stand wrapped in ribbons. Over the course of the next two and half hours the band worked its way through its catalogue, performing hits like “The Chain,” “Little Lies,” “Rhiannon,” and “Dreams” as Stevie danced and twirled and shook her tambourine like a woman possessed. It was glorious.

And then, roughly halfway through the 21-song set, it happened. Stevie stepped up to the microphone as Neil Finn – the lead singer of Crowded House who joined the tour after the band’s recent nasty split with Lindsey Buckingham — began to play the opening chords of “Landslide.” I, and just about everyone else in the place, lost it. My mascara didn’t make it to the end of the song.

As good as Stevie was – and she was magnificent, her voice is as strong as it ever was – I would be doing the rest of the band a disservice if I didn’t also sing their praises. With more than 50 years of musical history under their collective belt, some might have expected this latest tour to have a “we’re only here for the check” feel to it.

While some other veteran performers may have lost their passion for the songs that made them famous, Fleetwood Mac does not fit that mold. Christine McVie’s voice is as lovely as it ever was and at 71, Mick Fleetwood proved he is still more than capable of commanding the stage for an extended and exuberant drum solo.

In addition to Finn, there was more new blood on the state this week in lieu of Buckingham. Mike Campbell, who played guitar alongside Tom Petty as one of The Heartbreakers for decades, has joined the band for this tour. As part of the encore, Fleetwood Mac honored Petty with a rendition of “Free Fallin’.” As Stevie sang, the images of Petty alongside Nicks and The Heartbreakers scrolled across the arena’s video screens. It was a touching tribute to Stevie’s longtime friend and collaborator.

In an interview published in Rolling Stone this week, Stevie – the first woman to be inducted into the Rock and Roll Hall of Fame as both a solo artist and a member of a band – said she has a temperature-controlled shawl vault where she keeps her stage clothes preserved for her nieces and goddaughters. She also said, “I’m trying to give my shawls away – but there’s thousands of them.” Well, just tell me where the end of the line is, I’ll gladly take a few of them off her hands.

When I was kid, I wanted to be Stevie Nicks because she was cool and talented and beautiful. As I watched perform her in Nashville last week, I realized that I want to be Stevie Nicks even more now that I did when I’d stage my own bedroom concerts, but for an entirely different set of reasons.

Here was this tiny, blond, 70-year-old woman holding a crowd of thousands in the palm of her hand. She’s overcome tumultuous relationships and addiction and the fickle tastes of music fans to command that stage triumphantly, unabashedly confident in herself, her talents and her abilities. These days, that’s the Stevie Nicks I want to be. 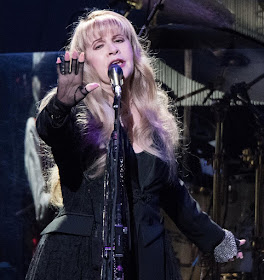 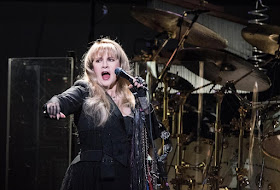 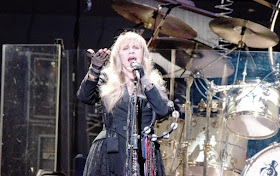 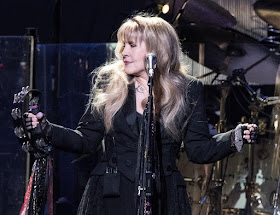