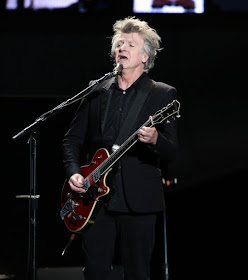 Given how tumultuous life was for the five core members of Fleetwood Mac when it was a hit-making machine from 1975 to 1987, it was a miracle to see them all together again in 2014.

When they arrived at what was then Philips Arena late that year, the band was rejuvenated, everyone just thrilled to have captured the magic again. After Christine McVie sang “Songbird,” the band members spent several minutes on stage talking to the exiting audience about how amazing it was to have McVie back after 16 years.

But those positive vibes didn’t endure.

Lindsey Buckingham was unceremoniously booted from the band he helped make famous a year ago. Why? He said there were tensions with Stevie Nicks and his desire to focus on his solo project tested the patience of the other band members who wanted to do a new tour.

So out with Buckingham and in with two new members to replace him: Crowded House lead singer Neil Finn and former Tom Petty and the Heartbreakers lead guitarist Mike Campbell.

There was no mention of the ugliness behind the scenes with Buckingham, who sued the band over his firing last October, then settled in December.

Instead, it was all about positivity and the fresh, more laid-back energy emanating from Finn and Campbell, who were not treated like guests but full-fledged members of the band.

Finn’s vocal stylings are smoother than those of Buckingham’s, as he ably covered the male vocals on “Second Hand News” and “Go Your Own Way.” He was selected, Fleetwood explained to the audience, in part because of how much the drummer loved Crowded House’s 1987 hit “Don’t Dream It’s Over.” (The song peaked at No. 2 in late April at the same time Fleetwood Mac’s “Big Love” was climbing the top 40.)

One of the best moments of the night, in fact, was Finn’s stripped down version of the plaintive pop hit, which became a duet near the end when Nicks showed up to sing a verse and join in on the chorus.

One of the best moments of the night, in fact, was Finn’s stripped down version of the plaintive pop hit, which became a duet near the end when Nicks showed up to sing a verse and join in on the chorus.

Fleetwood worked hard to make up for Buckingham’s absence, highlighted by his signature epic 10-minute drum solo during “World Turning.”

And a greater star burden was placed on Nicks, who was inducted into the Rock and Roll Hall of Fame this year as a solo artist 21 years after the band received the honors. Though her upper range isn’t quite there anymore and her twirling not quite as mellifluous, she owned the stage with the assurance of a woman who is not scared of age or the passage of time.

Christine McVie and Nicks ended the concert with a poignant duet of “All Over Again,” which served as a lyrical reminder that the band may see members go their own way at times but lineup changes won’t stop them from thinking about another concert tour: 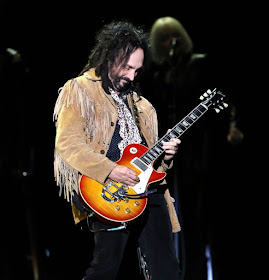 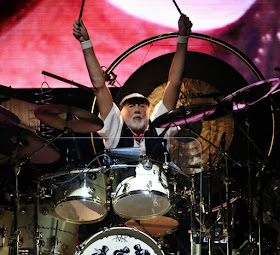 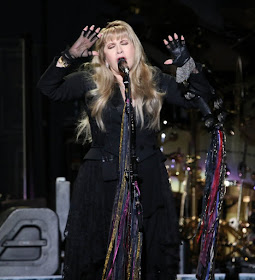 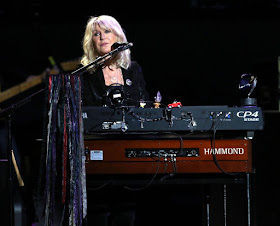