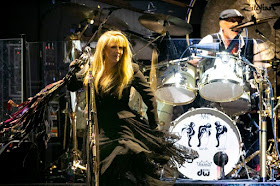 Quick, before the band switches lineups again, let’s cut right to the chase: Fleetwood Mac’s latest concert tour is significant not only because it’s loosely celebrating the band’s 50th anniversary but because it’s the first full roadshow without vocalist/guitarist/partial face of the band, Lindsey Buckingham, in 25 years.

Yes, the man who sings lead for the band’s smash hits “Go Your Own Way,” “Don’t Stop” and “Second Hand News” and has historically ripped the guitar solos for “The Chain,” “Little Lies” and many more was “fired” by the band in 2018, apparently over arguments surrounding exactly when and how to put on this “An Evening With Fleetwood Mac” tour.

Buckingham has been replaced — at least for the time being, Fleetwood Mac will always be a volatile, shape-shifting entity — with two venerable rock players in Mike Campbell (Tom Petty and The Heartbreakers) on guitar and former Crowded House and Split Enz singer Neil Finn to handle Buck’s mammoth choruses.

This new iteration landed in Newark Wednesday night before a sold-out crowd as the sprawling, 11-piece outfit — complete with an extra guitarist, keyboardist, percussionist and two background singers — worked hard to prove it could, in fact, soldier on without Buckingham and properly honor one of the greatest pop-rock catalogs ever penned.


Was it the same without him? No, of course not. It’s a situation akin to the Eagles minus Glenn Frey, Bon Jovi minus Richie Sambora or even blink-182 minus Tom DeLonge: while continuity was generally maintained within the music itself — Finn’s vocal was crisp and the five-part gang sing-alongs easily covered the alteration — the familiar energy on stage was missing.

That not to say, however, that this wasn’t a satisfying performance. Stevie Nicks, Mick Fleetwood and Christine McVie did all in their power to keep attention away from Buckingham’s absence, and a few moments tailored specifically to the addition of Campbell and Finn kept the show varied and vibrant for the sold-out Prudential Center crowd.

The two-hour concert’s sentimental zenith was reached during the encore as the band paid tribute to Nicks’ close friend and “Stop Draggin’ My Heart Around” collaborator, Tom Petty, with a soaring rendition of “Freefallin’” led by Nicks’ rasping vocal. A slideshow of old photos showing Petty with Nicks and the guitarist Campbell — his right-hand man for 40 years — played on the jumbo screen behind the band.

Earlier in the set, Finn was given the space to perform his own enduring soft-rock hit, the 1987 No. 2 smash “Don’t Dream It’s Over,” which was a treat for fans who belted the “hey now, hey now” hook as Nicks joined him on stage after the first chorus.

The classic Fleetwood members were gracious to Finn and Campbell throughout the night; Nicks said of “Don’t Dream”: “a song like that only comes along once in a lifetime,” and Campbell was given control to sing and jam on the deeper cut, 1969’s “Oh Well,” as early band member Pete Green once had. Campbell also shredded through “Black Magic Woman,” which Green, Fleetwood and bassist John McVie wrote in 1970 (five years before Buckingham and Nicks came along) but wouldn’t be made famous until it was adopted by Santana later that decade.

Though for how readily the stage was shared, Nicks, Fleetwood and McVie were still expectedly provided the night’s grandest spotlights. Nicks, 70, remained the whimsical bohemian songstress she’s always been, twirling in her shawls and traipsing through her staples “Dreams,” “Gypsy,” and, the best of her bunch, “Rhiannon,” which she fiercely performed, doubled over on her microphone stand and wailing like it was 1975.

McVie, 75, carried her weight on her vocal-led songs “Everywhere,” “Little Lies,” and “You Make Loving Fun,” but the most bombastic offering was turned in by Fleetwood, 71, on drums, who pounded out an electrifying solo in the middle of “World Turning,” which then morphed into a minutes-long battle against second percussionist Taku Hirano as Fleetwood manically yelled “unleash the hounds!” over and over.

As soon as the song ended, Fleetwood then began the list of 11 band introductions — give the man a breather!

All in all, was a worthy night of music; the hits were played, fans left happy and humming, and even without a key member, Fleetwood Mac still possesses the song equity to largely fill in the gaps.

After all, when 15,000 people are screaming “you can go your own way” in deafening unison, does it really matter who’s standing at the microphone? 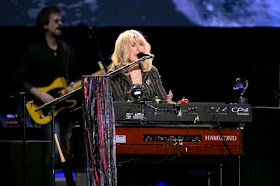 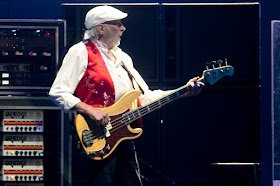 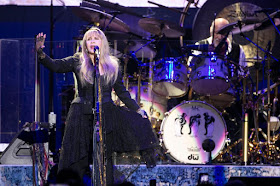 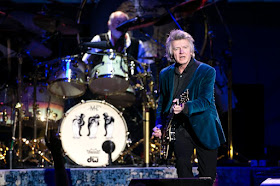 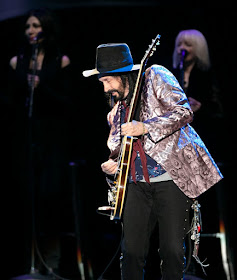