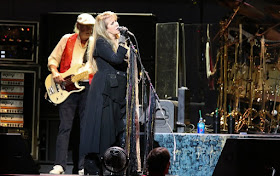 Fleetwood Mac conquer the Qudos and ‘unleash the howls’.


Combined feelings of nostalgia, excitement and intrigue swirled along with Stevie Nicks on Thursday night as she spun around in a familiar gypsy fashion. Her hair as luscious as the day she first sung the lyrics “listen to the wind blow, watch the sun rise“, although now joined by the legendary lyricist Neil Finn. An obvious and seamless addition, Finn formed some of the most magical moments of the night. His presence felt natural and long time members Nicks, Christine McVie, John McVie and the eccentric Mick Fleetwood all revelled in his talent just as Finn did theirs.

He wasn’t the only new addition, with Tom Petty and the Heartbreakers guitarist Mike Campbell demanding the spotlight with his sharp solos, not allowing anyone to neglect his position as he stood side by side the hyped up New Zealander. Both held their own in a night of celebrating one of the most revered catalogues of music and with a crowd of all ages proving the span in which Fleetwood Mac’s music truly transcends.

It’s hard to believe that the four core members are all in their seventh decade of life. “Like a weird flock of birds” they still travel around “this lovely planet of ours”, sharing wisdom and playing shows as if they weren’t a day over twenty. Although time has put limits on McVie and Nicks’ physical abilities their passion and drive still lies deep within their voices. Fleetwood on the other hand is a tornado of flying limbs and screaming lunacy. A drawn out drum instrumental had everyone at arms length, flurrying in and out of a strange trip.


Some expected and appreciated story telling contextualised the beginnings of ‘Black Magic Woman’ and Nicks’ Bride of Frankenstein vision of Finn during Split Enz cover ‘I Got You’. The real beautiful moments transpired when the rest of the band broke away leaving Finn and Nicks bare and gushing over each other’s achievements. ‘Don’t Dream It’s Over’ drew tears from the eyes of many in the room and phone lights swayed from side to side. As Finn concluded ‘the song of his career’, Nicks moved into a dedication followed by ‘Landslide’, which prompted the biggest applause of the night. 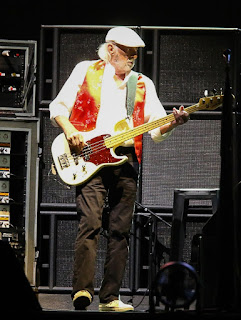 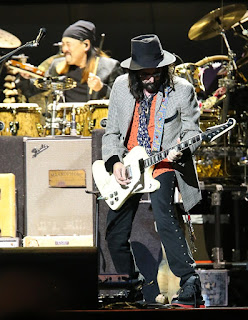 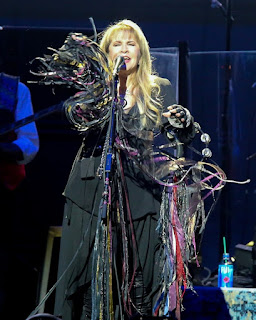 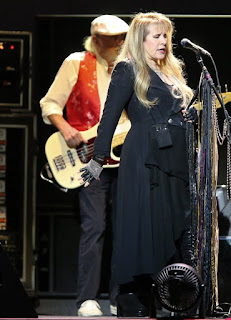 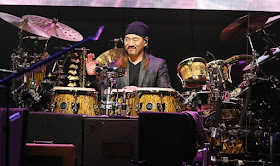 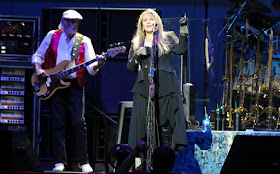 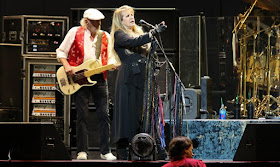 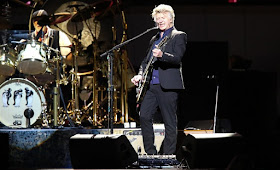