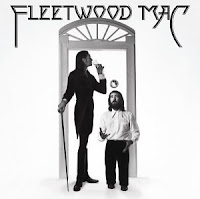 Truth be told, I was not eager to hear the album simply titled  Fleetwood Mac that July  of 1975. Don’t get me wrong, I was a big fan beginning with their 1972 album Bare Trees , and had played it on the radio along with subsequent Fleetwood Mac albums Mystery to Me (one of my favorite “desert island discs”) and Heroes Are Hard to Find  in 1974. I even sought out the earlier Peter Green / Danny Kirwan/ Jeremy Spencer-era Fleetwood Mac albums, playing the original ” Black Magic Woman”,”Rattlesnake Shake”,”Green Manalishi”,”Oh Well” and “Station Man” on the radio as well, but I thought that the chemistry of the late American Bob Welch and Christine McVie‘s songwriting brought out the best in the band.

After Bob Welch left Fleetwood Mac, his first solo album in the Fall 1975 came and went in about 15 minutes, not unlike the 1973 Buckingham Nicks  album, which was the sole output of Welch’s replacements, singer/guitarist Lindsey Buckingham and singer/songwriter Stephanie”Stevie” Nicks. So on balance I didn’t see how this major change could do anything except diminish Fleetwood Mac.

Boy was I wrong! That 1975 Fleetwood Mac album sold over twenty times as many copies as any previous Fleetwood Mac album. The unsung hero is actually producer/recording engineer Keith Olsen, who had produced and recorded the Buckingham Nicks album, imparting a fat, warm, upfront sound to their music. It was in that context that bandleader Mick Fleetwood first noticed Lindsey Buckingham’s guitar-playing and singing abilities, but at the time it was Keith Olsen’s studio and recording techniques that Mick was auditioning, not the musicians. When Fleetwood fell in love with the sound that he heard, he wisely decided to embrace all of it – the musicians Buckingham and Nicks, the producer Keith Olsen – and incorporate it all into the next Fleetwood Mac album, which featured “Monday Morning”,”Over My Head”,”Say You Love Me”,”Rhiannon”,”Crystal”, and “Landslide”. Not only did that decision change the fortunes of all involved, it would also change the sound of contemporary music for years to follow. Nicks, Fleetwood, and former member Buckingham all share their recollections with me in great detail in this classic rock interview In the Studio . –Redbeard

56 minute show with archival interview footage from Mick Fleetwood, Stevie Nicks and Lindsey Buckingham - with tracks played from the album. Listen below. 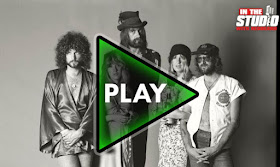