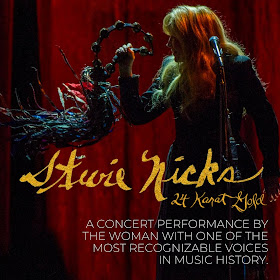 
A concert performance by the woman with one of the most recognizable voices in music history. Stevie's string of hits songs as a solo artist and as a part of rock legends Fleetwood Mac has provided the soundtrack of our lives. Filmed over the last two shows of her solo tour including hits Edge of Seventeen, Rhianon & Landslide and including cinema exclusive content of Stevie discussing personal moments with Tom Petty, Prince, Lindsey Buckingham. (Subtitles: English, German, French, Italian)

The event comes with the full support of the Stevie Nicks and the Fleetwood Mac teams and record labels.