Stevie Nicks on Her Hopeful New Single ‘Show Them the Way’ and Her Fears for the Next Four Years. 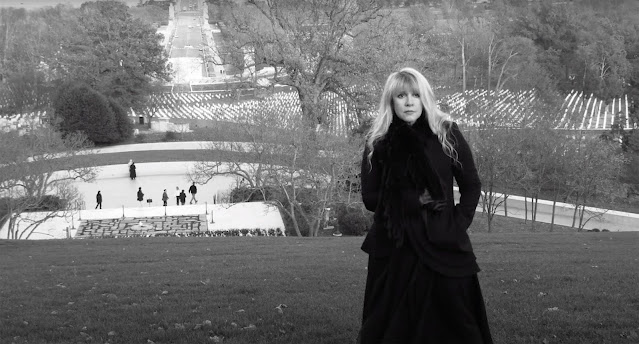 In a conversation with Variety, Nicks describes the new song as "nonpartisan" and "a prayer." But she has strong feelings about everything from Ruth Bader Ginsburg to wearing masks, and talks about her fantasy exit path if we get four more years of the same. Stevie Nicks wrote the lyrics for her new single, “Show Them the Way,” exactly three election cycles ago. But in the Cameron Crowe-directed video for the song, when someone is pictured holding up a sign that says “November is coming,” it’s clear that it’s this year’s election that’s weighing heavy on her mind.

“I did hold it back since 2008, and I just knew that right now, with the presidential election and everything else that’s going on, that this was the time,” Nicks tells Variety. “I hope that this song and its words will be seen as a prayer — a prayer for our country, and a prayer for the world. It’s a pretty heavy song. And,” she says of the newly recorded version, with Greg Kurstin as producer and Dave Grohl on drums, “I think it’s just a spectacular song.”

Is it a political one? “I hope people understand that it’s nonpartisan — that it’s not for Republicans, it’s not for Democrats. It’s meant to be a moment of peace for everyone, and… you know the silly thing where people say ‘Can’t everybody just get along?’ It’s like, can we just figure a way out of this horrific thing that we have walked into? That’s why I released this now.”

But calling the song nonpartisan doesn’t mean she lacks strong opinions about the seismic changes affecting the country, and which way she hopes things swing in a month. Asked what she means by “this horrific thing that we have walked into,” Nicks answers, without ever naming any names: “I just mean what’s happened to the country. Racism in the last four years is so much worse than it was. I’m 72 years old. I lived through the ‘60s. I’ve seen all this. I fought for Roe vs. Wade; that was my generation’s fight. And I don’t want to live in a country that is so divisive. I go, like, well, if this starts over and there’s another four years of this, then I’m going — but we’re not welcome anywhere. So where can I go? And I’m thinking: Oh, space. Maybe I can talk Elon Musk into giving us a jet and letting me pick 50 people, and we’re like the arc, and someone can take us and let us live on another planet until the next four years are over.”

Nicks says she’s releasing two versions of the song. “There’s an acoustic piano version with me and Greg Kurstin, my amazing producer,” she says, referring to the two-time Grammy producer of the year winner famous for Adele’s “Hello.” “And then we did this rock ‘n’ roll version of it too, with Dave Grohl playing drums and Dave Stuart (of Eurythmics fame) playing lead guitar from the middle out. And. Greg is the most amazing keyboardist; I was so blown away.”

The lyrics are, by her account, essentially a transcription of a dream she had during the Democratic primaries leading up to the 2008 presidential election, when she was in the studio and would come home every night and watch news and historical political documentaries on television every night.

“One night I had a dream that was so real, I was pretty sure it had happened,” Nicks says. “It’s a cinematic story; it had a beginning, a middle and an end, and every detail, every color, every smile was there. And I wrote the story when I woke up. The dream was: I was invited to a party to play the piano and sing a few songs. And nobody’s ever really asked me to come and be the entertainment for anything by myself, because I don’t play that well — so that’s how you know this was a dream, right?” she laughs. “But I had done three benefits in the Hamptons before, so that was up there in my brain somewhere. There were all these political people there, in the dream. The next day I wrote down the words, and then I made it into a poem, then I wrote the music the next day. And since I never recorded it till now, I felt that now was its time, its reason. I understood what it meant then and what it means now.”

Nicks hopes that it is a balm amid one of the most turmoil-fueled times the nation has known — but admits she finds little reason for abject calm with the coronavirus still running rampant. “I would never have put this song out if I didn’t hope that it might put some hope out into the world,” she says. “Because I think that everybody is very afraid and nervous, and we’re all locked in and can’t go anywhere and can’t do anything. People aren’t paying attention with their masks, and other people are getting it. And this virus has never going to go away if the whole world doesn’t get in the game and start wearing their masks and start doing everything you have to do. It’s like a creeping fungus. And it’s going to keep us all locked in our houses and it’s not going to help the economy. Nobody’s ever going to be able to really go back to full-on work, and nothing’s ever going to be the same unless we can get ahold of this thing.”

To her, this is still nonpartisan talk, though it may not be taken as such by all. “The whole thing has become so political. It’s not political, everybody! It’s not. It’s a virus. It doesn’t care what side you’re on. It’s going to kill you. And I’ve said that if I get it it’ll kill me. I have compromised lungs. I was really sick last year. The night of the Rock and Roll Hall of Fame [which she was inducted into in 2019 as a solo artist after previously being in as a member of Fleetwood Mac], I knew before I went on stage that something was off, so I had to really like pull it together. The next day I got really sick, and I ended up going into the hospital in Philadelphia for a week in ICU with double pneumonia and and asthma. And talk about your oxygen levels going down — my oxygen levels were hardly existing. If I was to go on a ventilator… My mom was on a ventilator for a month, and she was hoarse for the rest of her life. All the other side effects that come along with this virus… You may get over it and just be like, ‘Great, I’m good. It’s gone.’ It’s not gone. It comes back in little ways to attack you forever.

“So you don’t want to get it. It’s like I’ve built a thin shield of magical plastic around me, you know? Because I don’t want my career to be over. I don’t want to not pull on those leather boots again.” 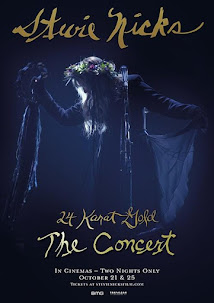 The “Show Them the Way” video includes a brief glimpse of the Ruth Bader Ginsburg. To many of the rest of us, she may be “RBG” for short, but to Nicks, “I just call her Ruth. Ruth — oh my God, I was just so sorry she couldn’t have hung on for a couple more months. But God bless her. I think she had pancreatic cancer about five different times. It’s the worst cancer you can get, and how she did it, and worked out with her trainer every day — how in the world did that little lady do it? Because she knew how important it was that she stay on this earth as long as she could. And she did her best. She’s our little icon. We’ll never forget her.”

Nicks was speaking with Variety not just about her new studio single, but about her live concert film, “Stevie Nicks 24 Karat Gold The Concert,” which will be hitting theaters and drive-ins — the ones that are open, obviously — for a two-night engagement Oct. 21 and 25, to be followed by a live audio album of the same material Oct. 30. For an in-depth interview with Nicks about that project, look to Variety next week.