Singer, songwriter, superstar Stevie Nicks is getting a little restless these days. 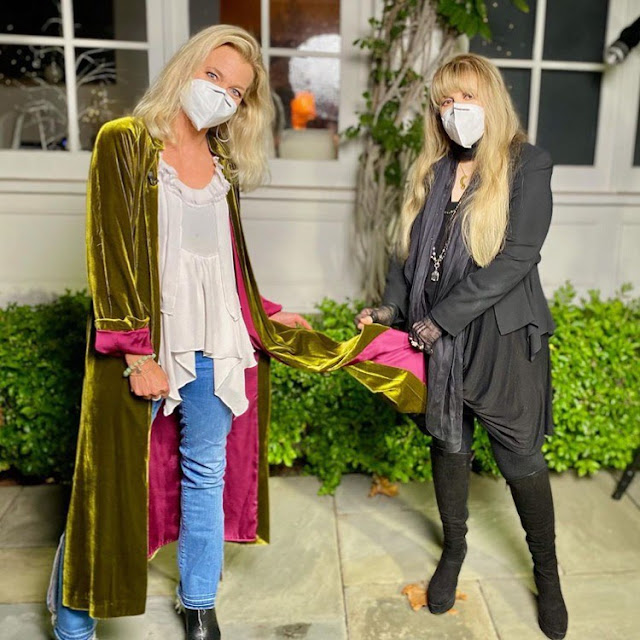 Rock star Stevie Nicks, in her own words

Singer, songwriter, superstar Stevie Nicks is getting a little restless these days.

The pandemic has put performances for large audiences on hold so she's waiting to take the stage again, and, as she told "CBS Sunday Morning's" Tracy Smith last week, the waiting is the hardest part.

"It seems like, for so many creative people, this is a very creative time. But, also, time is slipping away," Smith said to Nicks.

"Time is being stolen from all of us," Nicks said. "Absolutely. Especially if you're 72 years old."

"Does that weigh on you?" Smith asked. 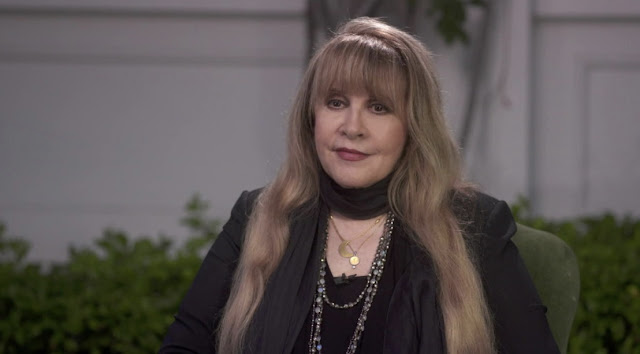 "Yeah, it does," Nicks said. "When you're really working, you really stay young. You stay young because you have to."  "But, when you're just sitting around in your house, I think that Old Man Time starts to get ahold of you," the Fleetwood Mac singer continued.

Still, it seems that Old Man Time has always been kind to Stevie Nicks. You can see it in her just-released feature film, "24 Karat Gold the Concert," where she looks and sounds pretty much the same as she always did.  The movie will stream soon, but for the moment it's being shown in socially distanced theaters. 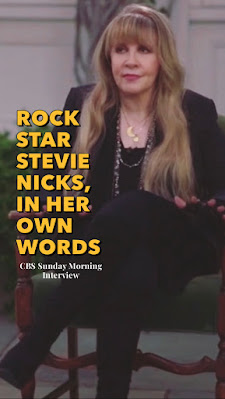 "It's as close to a really big rock 'n roll concert in a big venue as you're gonna get," Nicks said.

And it's not the only way Stevie is making herself heard these days. She decided to release her first new song in six years, "Show them the Way," as a call for action on the eve of the election.

And now, some of her classic tunes are suddenly climbing the charts again. Thanks to a cranberry-juice-loving Idaho skateboarder who went viral after posting a video on TikTok featuring Fleetwood Mac's "Dreams."

"So four decades after 'Dreams' and 'Rumours' came out, they're both in the top 10 again," Smith said.

The video has inspired quite a few imitators, including bandmate Mick Fleetwood. And last week, one from Nicks herself.

"This TikTok thing has, kind of, blown my mind," Nicks said. "And I'm happy about it because it seems to have made so many people happy."

You could say making people happy has been Stevie Nicks' calling for the past 50 years or so,  And after a career of platinum-selling albums and sold-out concerts, she became the first and, so far, only woman to be inducted into the Rock and Roll Hall of Fame twice.

"It's 22 men that are in twice for their solo work and being in a big band," Nicks said. "And no women."

"Until you," Smith said.

"Until me," Nicks said. "So I feel that I definitely broke a big rock 'n roll glass ceiling."

And her backstory is just as legendary.

When young Stevie dropped out of college to chase her musical dreams, her parents cut her off financially. So she waited tables and cleaned houses to support herself and her then-boyfriend, guitarist Lindsey Buckingham.

"Were there moments when you were cleaning, I mean, you were like cleaning houses, what, scrubbing toilets, mopping floors. Was there a moment when you thought, 'Ooh, I made a mistake?'" Smith asked.

"No. No, because I was doing that to support my music, my music pal, Lindsey and some other friends, too, you know, that didn't have hardly anything," Nicks said. "So I was the one who actually was able to pay the rent and pay the money to keep our Toyota running. And so it's like, I didn't mind at all, because I did not expect my boyfriend, Lindsey, to get a job. Because what in the world would he do?"

"It was all about me," Nicks said.

By the time she became a member of Fleetwood Mac, she almost expected to be underestimated. So she had an arrangement with the group's other female star, Christine McVie.

"You two stuck together through thick and thin and really had each other's backs," Smith said.

"Yeah, we did," Nicks said. "And Christine and I, we made a pact at the very beginning that if we were ever in a room of super famous guitar players that didn't treat us with the respect that we thought that we deserved, that we would just stand up and say, 'This party's over,' and we would walk out."

"And did you have to do that?" Smith asked.

"We never actually did have to do that," Nicks said. "So that was a nice surprise. We never had to make a scene."

And their friendship endures.

Stevie Nicks' romantic relationships seemed to be more of a challenge, but they inspired some great music.

"Have you had a love," Smith asked, "a great love in your life?"

"Yeah. Three. But it's not easy to be Mr. Stevie Nicks," Nicks said. "Even if you happen to be Mr. Really Famous Rock Star Guy."

"So Lindsey falls in that category?" Smith asked. "The great loves?"

"Oh, absolutely. Well, not exactly," Nicks said. "Lindsey is — has his own category. Lindsey was my great musical love. That's different."

Stevie Nicks' dad once told her she'd never marry because her music would always come first. He was wrong, she was briefly married once. But dad was also right.

For Stevie Nicks, music will always be her true love.

"When I'm 90 years old," Nicks said, "I don't wanna be laying in my big, gorgeous bedroom and, you know, with music playing and 15 little Chinese crested dogs and going like, 'Ugh, I'm so broken-hearted that I didn't find the one.'"

"And then I would have to answer myself and say, 'Yes, but you did find several "the ones" who you wrote really great songs about and that's why you're living in this absolutely spectacular house with everything that you want and anything that you could possibly wanna buy,'" Nicks continued. "And it's, like, so maybe this is just all the way your dad saw it when he said, 'Stevie will never get married.'"

"And the way it's supposed to be," Smith said.