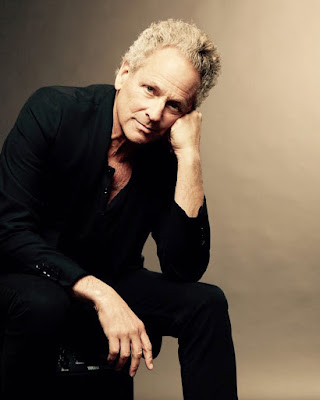 Just one day after it announced the acquisition of Jimmy Iovine’s production royalties, the Merck Mercuriadis-led entity has confirmed yet another major rights buyout.

This time, Hipgnosis has acquired 100% of Lindsey Buckingham’s publishing rights, including both his publishing and writer’s share, across 161 songs.

Those songs include an array of hits that Buckingham wrote and/or co-wrote for Fleetwood Mac, including Go Your Own Way and The Chain.

Hipgnosis previously acquired a 25% stake in Buckingham’s song catalog via its buyout of a publishing portfolio from Kobalt for $323m in September (announced in November).

As part of its new agreement with Buckingham, announced today (January 5), Hipgnosis also acquires a 50% share of any unreleased compositions.

Merck Mercuriadis, founder of Hipgnosis Songs Fund Limited, said: “Lindsey Buckingham is one of the greatest guitarists, songwriters and producers of all time yet is still so underrated. His work with Fleetwood Mac has brought the world unparalleled joy over the last 45 years and he belongs in any discussion featuring Brian Wilson and Paul McCartney. It’s wonderful to welcome him and his iconic songs both as a solo artist and with Fleetwood Mac to the Hipgnosis family”.

Lindsey Buckingham said: “Prior to arriving at an agreement with Hipgnosis, I had wonderful long conversations with Merck Mercuriadis. I was pleased to find a kindred spirit, someone who’s a big fan of my work in Fleetwood Mac, and an even bigger fan of my solo efforts.

“I look forward to working with Merck and the whole Hipgnosis team going into the future, and am confident that my body of work will be curated with great heart and insight.”

Lindsey Buckingham released his debut album Buckingham Nicks in 1973 with his then partner, Stevie Nicks. The duo then joined Mick Fleetwood, John McVie and Christine McVie as Fleetwood Mac.

Buckingham’s second album with Fleetwood Mac, Rumours, was released in 1977 and has sold over 45 million copies worldwide, making it one of the nine bestselling albums of all time. It won Album of the Year at the 1978 Grammy Awards, containing Go Your Own Way, written by Buckingham, and The Chain, co-written by Buckingham. Buckingham also wrote Second Hand News and Never Going Back Again on Rumours.

Buckingham’s four songs from Rumours have collectively been streamed more than 1 billion times on Spotify alone.

In 1979, Fleetwood Mac released the multi-platinum album Tusk, whose title track was written by Buckingham. He also wrote the likes of What Makes You Think You’re The One, Save Me A Place, Walk A Thin Line, Not That Funny and I Know I’m Not Wrong on the record.

Buckingham released his first solo album Law and Order in 1981, which included the Top 10 single Trouble. He then returned to Fleetwood Mac to record the UK No.1 and multi-platinum album Mirage which sold over 4 million copies.

In 1987, Fleetwood Mac released Tango in the Night which sold over 15 million copies worldwide. The LP featured four US Top 20 hits including Big Love, which was written by Buckingham and reached the Top 10 in both the US and the UK.

In 2003, Buckingham and Fleetwood Mac released the album Say You Will which sold more than 2 million copies worldwide and featured the hit single Peacekeeper written by Buckingham.

As a member of Fleetwood Mac, Buckingham was inducted into the Rock and Roll Hall of Fame in 1998 and in 2011 was listed in Rolling Stone Magazine’s ‘100 Greatest Guitarists of All Time’.

In addition to his work with Fleetwood Mac, Buckingham has released five solo albums including Out of the Cradle, Under the Skin, Gift of Screws and Seeds We Sow.

UK-listed Hipgnosis Songs Fund owned (or owned cuts in) 57,836 songs in its portfolio as of the end of September 2020, when its market cap value stood at circa $1.7bn.