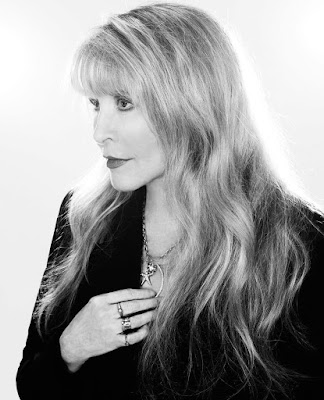 While 2020 was pretty much a terrible year for everyone -- especially the music industry, which lost billions due to the shutdown of live events -- some artists not only survived, but thrived.  Here's how 2020 was for one of those artists: Stevie Nicks.

"Dreams," the number-one hit that Stevie wrote for Fleetwood Mac in the '70s, became an unexpected phenomenon when an Idaho man named Nathan Apodaca posted a video on TikTok of himself lip-syncing along to it while swigging Ocean Spray Cran-Raspberry juice and riding a skateboard.

TikTok users rushed to post their own versions of the #DreamsChallenge, as did Stevie, Mick Fleetwood and ex-Fleetwood Mac guitarist Lindsey Buckingham.  As a result, "Dreams" re-entered the Billboard chart, climbing to #12, while its parent album, Rumours, returned to the top 10 for the first time in 42 years.

Speaking with CBS Sunday Morning on October 25, Stevie said, "This TikTok thing has kind of blown my mind. I'm happy about it because it seems to have made so many people happy."

Also in 2020, Stevie released a politically charged song called "Show Me the Way," joined Miley Cyrus on a remix of Miley's hit "Midnight Sky" -- which interpolated Stevie's "Edge of Seventeen" -- and was sampled on Dua Lipa's remix album.

In addition, Stevie put out a live album and concert film, 24 Karat Gold. In December, she closed out the year by selling an 80% stake in her song catalog for an estimated $100 million.