Stevie Nicks unleashes ‘fairytale’ rock dominance
Matt Smith | For NJ Advance Media
NJ.com
As the ocean breeze fluttered the scarves and chains dangling from her microphone stand, Stevie Nicks gazed out over the immense crowd — some 30,000 strong stretched a quarter-mile down the beach, a vision of late-summer Jersey Shore serenity — and described the scene as only she might: “a fairytale.” 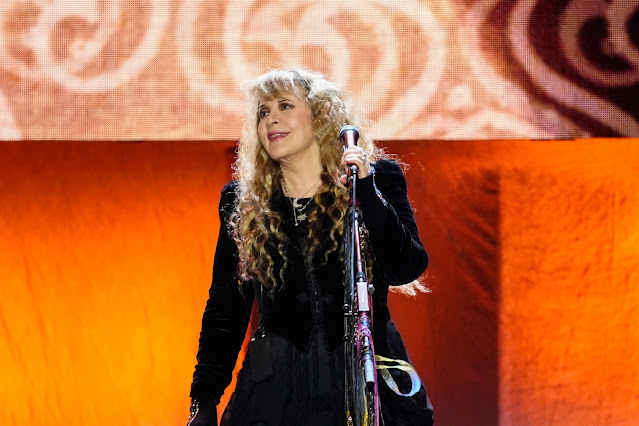 “Is this the world of Bruce Springsteen?” Nicks asked early in her 90-minute performance, egging on the crowd. While The Boss did not appear, no shine was lost from Nicks’ emphatic set, which echoed effortlessly over the waterfront expanse and beyond the waves painted green, pink and blue by filtered lights. Attend enough festivals and you’ll learn some artists’ voices just don’t carry well in such monstrous settings. But Nicks, 74, was in full command, unloading a mix of solo classics and Fleetwood Mac staples, twirling in place and traipsing around the stage as her eight-piece band played on.
The night’s single-most affecting moment came, perhaps unsurprisingly, during “Landslide,” which Nicks tearfully dedicated to Tessa Fleetwood, Mick Fleetwood’s granddaughter and her goddaughter, who was in attendance. The crowd belted along, many eyes similarly dampened.
More explosive were the crashing renditions of “Gold Dust Woman” (with flecks of golden dust swirling on the big screen), and her synth-laden solo cut “Stand Back.” And of course, “Edge of Seventeen” ignited the audience once more. Nicks sang “Free Fallin’” as a tribute to her close friend Tom Petty, who died in 2017, with happy images of Petty and Nicks on the screen.
She also unloaded a sharp cover of Buffalo Springfield’s “For What It’s Worth,” preceded by a funny quip: “I hope you all like it, whatever, I love it.” I’ll take Stevie’s attitude eight days a week.
And the set finished with a rousing take on Led Zeppelin’s “Rock N’ Roll,” sending the audience off on a high. It was a propulsive performance, noticeably more high-octane than her solo tour I covered a few years back, and surely the most memorable headlining set in Sea Hear Now’s young history. Pure joy and power. 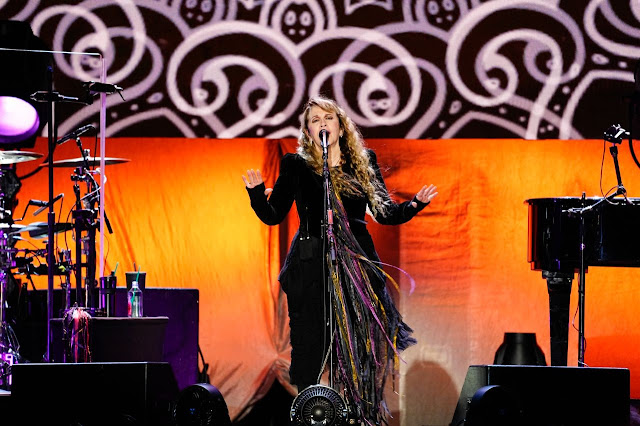 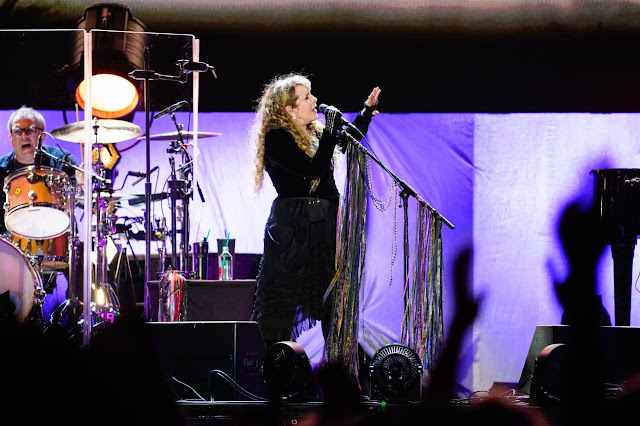 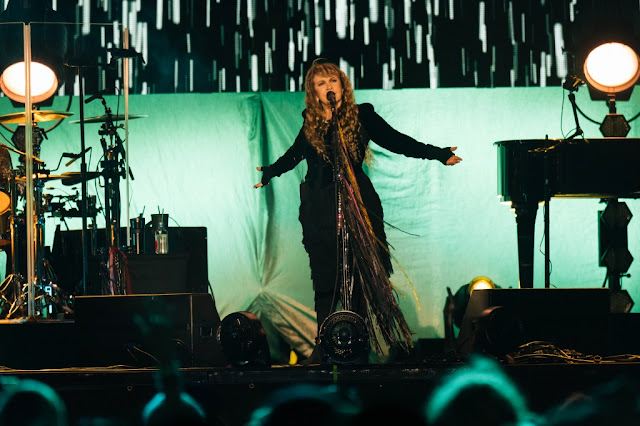 Photo credit Charles Reagan for Sea Hear Now
Not long into her headlining set on the first day of the fourth annual Sea Hear Now festival in Asbury Park, New Jersey, Stevie Nicks had a question for the thousands stretched across the beach.
“Is this the world of Bruce Springsteen?” she asked to enthusiastic cheers. “OK, we’re driving through, and there’s a street sign and I asked that same question and nobody really answered, at least like you guys just did.”
Springsteen is certainly a part of the tapestry of the town, and was well-represented in photographer/festival organizer Danny Clinch’s art tent. But the city has an ever-evolving musical scene, and the beachside setting was its own draw on a weekend of warm, beautiful days and picturesque nights, with an ocean breeze enveloping Nicks and her flowing scarves, creating an ambience — or as she described it, a “fairytale” — only Mother Nature can provide. A red crescent moon peeking through the overhead clouds added to the mystique on the final weekend of summer and beginning of the fall season, or as Nicks — in a nod to her fans donning witch hats and Stevie-attire on the sand — framed it: “it’s almost Halloween.”
“I would like to thank Danny Clinch for putting on this amazing festival,” Nicks said. “To have a festival right on the ocean is pretty spectacular. I live on the ocean so for me I feel like I’m right at home.”
Sea.Hear.Now electrifies the beach with Green Day, Stevie Nicks, and more
Photo credit Charles Reagan for Sea Hear Now 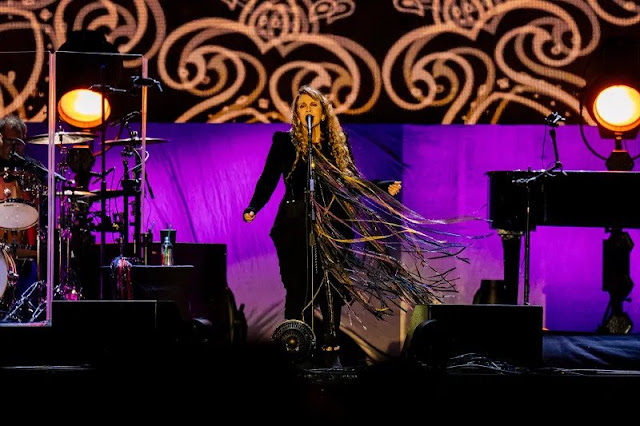 Time to run to the Surf Stage to see the legendary Stevie Nicks, for what we can only describe as magical and spiritual experience, seeing Stevie perform to a crowd of over 30,000 people at one of our favorite beaches was a bucket list item for us.
The icon took the stage and you could hear the roaring crowd for miles. The Sea.Hear.Now audience gave her the warmest welcome with the utmost energy and excitement, with people waiting at her stage dripping in Fleetwood Mac and Stevie Nicks merch since the doors opened at noon.
'Can I sail through the changin' ocean tides?'
Stevie performed Fleetwood Mac and her own classics during the hour and half set including, “Edge of Seventeen,” “Dreams,” “Landslide” and a cover of Tom Petty’s “Free Fallin.”
You could feel the energy in the air as she pulled out hit after hit, leaving the massive crowd stunned. Not to be predictable, but our favorite moment of the show was during “Landslide,” which she dedicated to Tessa Fleetwood, Mick Fleetwood’s granddaughter and her goddaughter, who was there to watch her performance. As soon as the first few notes played, the entire beach went silent and took in what was about to happen. All of the conversations and screams came to a halt as everyone softly sang together to a song that means so much to so many people. We’ll remember this performance for the rest of our lives. 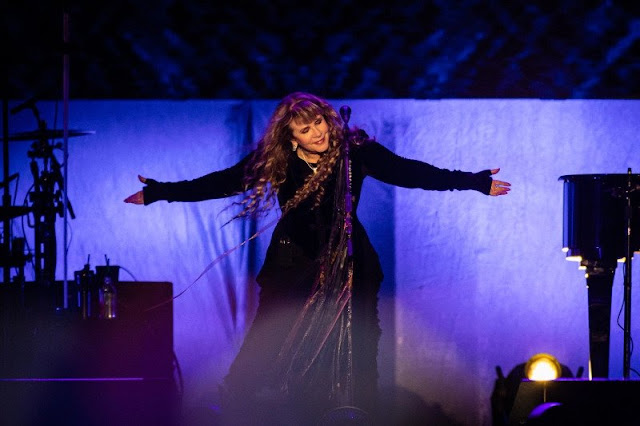