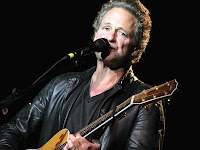 Filmed in high-definition for four nights during the acclaimed festival, the intimate and mostly acoustic sets by Joss Stone, Sean Lennon, Lindsey Buckingham, Joan Osborne, Daniel Powter, Jonny Lang and others celebrate the unique and powerful relationship between film and music.

“Music has a profound impact on the film viewing experience,” said Edmonds. “It’s what makes a good film great, and a great film timeless. ‘Park City: Where Music Meets Film’ celebrates that one powerful idea with some of the hottest and most talented performers on stage today.”

“This was a truly successful event for everyone involved,” says executive producer Art Ford. “The artists, the producers, and sponsor, the great folks at ZonePerfect®, are able to reach their shared audience in this intimate atmosphere. Now all of America can share in the same experience with this television special.”