This is truly a new experience for Fleetwood Mac 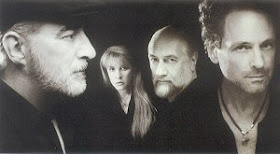 Not having a new album is working to Fleetwood Mac's advantage as the group prepares for its upcoming Unleashed North American tour.
"This is the first time we've gone on the road without an album," drummer and co-founder Mick Fleetwood told Billboard.com during a teleconference with reporters on Tuesday. "This is truly a new experience for Fleetwood Mac to go out and play songs that we believe and hope people are going to be familiar with and love."
Singer/guitarist Lindsey Buckingham added that not having to integrate new songs into the set -- which the group has been rehearsing since Jan. 5 in Los Angeles -- "just allows you to relax into the situation. We're not coming off a new group of tunes, a new album ... the stakes for that side of it become a little bit lower."
As for a new Fleetwood Mac album, vocalist Stevie Nicks said "there isn't any plan at this point ... for any album. We're going to get through this tour before deciding what to do with an album." Fleetwood, however, confirmed that "there have been discussions, for sure, that we would love to make some more music ... We hope it happens, and certainly it's been somewhat loosely touched on ... My heart says I believe that will happen. Certainly I know that all of the songwriting department, both Stevie and Lindsey are continually writing ... The whole creative bowl is very much intact, so I would love to see what happens."
While declining to get specific about the 46-date tour's repertoire, Fleetwood did say that hits such as "Dreams," "Go Your Own Way" and "Don't Stop" would be included, and that the group would be "paying some attention" to material written by former band member Christine McVie.
"Her songs are surviving very well in the set that we're doing," Fleetwood said. "Stevie and Lindsey are finding a fresh way in certain instances to present those songs. And then we are finding songs as we go along that we feel are special songs that maybe aren't considered the massive, massive hits but truly are emotionally connected to Fleetwood Mac."
Nicks, meanwhile, confirmed that the group seriously considered adding Sheryl Crow to the lineup in 2008, even setting up a rehearsal last Mother's Day to work on material. 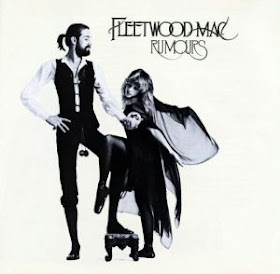 "We needed Sheryl to come in and just play some music with us," Nicks recalled. "But it was Mother's Day. She had a brand new baby. She had all her parents and everybody coming and she chose not to cancel that, understandably. She called back and said, 'I have to pass,' and it was over. I said, 'You're making the right decision. You have a new baby, you survived breast cancer, you survived Lance Armstrong.'
"Sheryl is my very dear friend. We are best buddies, and that will go on forever. The fact she is not in the band does not mean she's not our friend."
The Unleashed tour, Fleetwood Mac's first road trek since 2004, begins on March 1 in Pittsburgh. The group is also planning to release a CD/DVD edition of its 1977 "Rumours" album with unreleased songs, demos and previously unreleased footage of the band from that era.
Nickslive at Wednesday, February 11, 2009
Share