A Conversation with Stevie Nicks: We caught up with Stevie via email this week to discuss her upcoming tour stop in Cincinnati 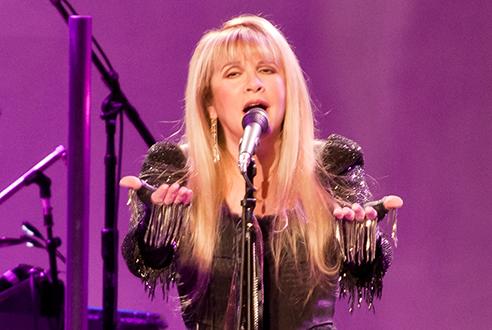 There are not too many musicians that could be said to have defined all music. Stevie Nicks has truly defined women in Rock-N-Roll. She is the gold standard and who all female leads will always be compared to. She was the defining voice behind Fleetwood Mac since the mid 1970s sporting dozens of hits. She has also been able to separate and create a wonderful solo career as well releasing her 7th album, In Your Dreams, in May with great success debuting in the top 10 of the Billboard charts. She is currently on the road to promote her latest record with her solo act and will come through Cincinnati on Saturday night at the PNC Pavilion at Riverbend. It will be a fun night of music showcase with her new sounds and a nostalgic flair.

We caught up with Stevie via email this week to discuss her upcoming tour stop in Cincinnati and her inspirations for the new record and what a typical day looks like for an iconic rock star.

Amy: What can fans expect from the show in Cincinnati this weekend?

Stevie: Old songs, new songs, bits and pieces of the new videos for both Secret Love and For What It’s Worth, which is my new single, with Dave Stewart and Mike Campbell. Stories about all the songs, new clothes and 2 hours of fun!