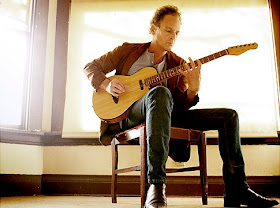 
Next Thursday, Buckingham will perform a one-man show at the Sunset Center featuring Fleetwood classics and tunes from his personal library.

Though he’s most widely recognized for Fleetwood Mac hits like “Go Your Own Way” and “Dreams,” many of Buckingham’s solo efforts have gained acclaim, including Under the Skin, which was named one of the Top 50 albums of 2006 by Rolling Stone. The Los Angeles Times called his most recent effort Seeds We Sow (his third in five years), “a blend of midlife introspection and limousine-liberal hand-wringing.”

Though Buckingham’s solo work – including his newest – bring elements of Fleetwood Mac’s airy folk feel, they also reflect his expanding musical tastes inspired by bands like Phoenix, the Dirty Projectors and Arcade Fire.