PHOTOS: Stevie Nicks Performing at The Kennedy Center Washington DC at A Celebration of Science


Looks like all the players are there tonight on stage at the Kennedy Center. 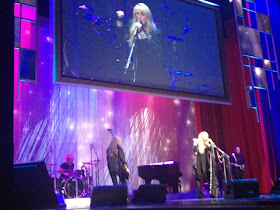 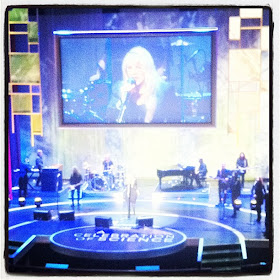 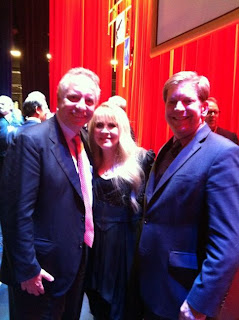 Setlist and comments from someone attending the event: (Thanks to both below for the details)

"I was at both shows in DC. On Friday she sang "Soldiers Angel" at the Natioal Portrait Gallery and then on Saturday at The Kennedy Center she did "Landslide", "Rhiannon", "Edge Of Seventeen" and "Dreams". After Edge the DC political audience wents nuts, applauding like crazy. They had planned to sing John Lennon's "Imagine" at the end with Stevie, Babyface and Melissa Manchester, and during rehearsal it sounded wonderful. Stevie sang the first verse. But the show went very long, so they cut it at the last minute. The show was filmed, but they are not sure where it will air. Perhaps on PBS. Whoopi Goldberg did a great job hosting also."

"I saw her on Friday and she spoke eloquently about her work with wounded soldiers, the progress that has been made with prosthetics but that there was still so much more needed to help those with physical and brain injuries. Audience included scientists and decision makers who could make a difference in this area. She ended with Soldiers Angel. Very, very moving."