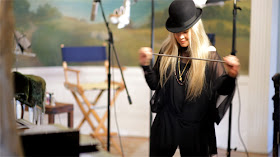 The first screening on October 12th with a Q&A afterwards with Stevie is sold out.  Tickets are still available for the second screening added to the festival on Oct 13th.  Be one of the first to see the new documentary on the west coast!  Stevie unfortunately won't be attending the second screening.

Get your tickets here
Nickslive at Saturday, October 06, 2012
Share