Lindsey Buckingham talks about Christine McVie Re: Fleetwood Mac “She Didn’t Have To Burn As Many Bridges As She Did” 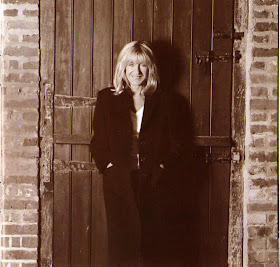 Lindsey Buckingham On Christine McVie:
“She Didn’t Have To Burn As Many Bridges As She Did”


Singer/keyboardist/songwriter Christine McVie — who wrote and sang “Say You Love Me,” “Over My Head,” “You Make Loving Fun,” “Think About Me,” “Hold Me,” “Little Lies,” and of course, “Don’t Stop” — left the band after their reunion tour promoting 1997′s The Dance.

Since then, the band have toured as a foursome (with support musicians in tow), and have released a (double) album, 2003′s Say You Will. But time can heal all wounds — The Rolling Stones recently played two concerts where they were joined by former members Bill Wyman and Mick Taylor for a few songs.  So, would Fleetwood Mac ever welcome Christine to join them for a few of her classics? CBS Local put that question to Lindsey Buckingham.

“Well, that’s a good question! It’s an odd thing for me, in many ways I’m having a better time in the band as a foursome, only because it opens up a range of things that I can do. Except for maybe ‘Don’t Stop,’ we don’t do a lot of her stuff.  It opens up the amount of material we can play, it allows me to be more of a ‘guy,’ to be more of who I am up there,” he explains, saying that without a keyboardist in the band, his guitar takes center stage.  ”I would be shocked if she ever expressed any interest to do anything with us.  Shocked and pleased.”

Christine has attended one Fleetwood Mac show since leaving the band (she declined to perform with them), but she hasn’t had much contact with the group in the past decade. But Buckingham explains that she was going through a lot of life changes at that point.

“She ended up getting a divorce, she ended up selling her house in L.A., she moved back to England, she quit the band, she sold her publishing,” Buckingham said. “She didn’t necessarily have to burn as many bridges as she did. Everyone sometimes wonders whether or not there might have been more of a middle ground for her to strike, not necessarily in terms of her staying in Fleetwood Mac.  But she just wanted to reinvent herself.  She seems to want to lead the antithesis of the life she led before, and I don’t pretend to understand such a radical change but it was obviously something she needed.”