"Stevie Nicks: In Your Dreams" Due Out as Digital Download on July 1st >> With Bonus Footage 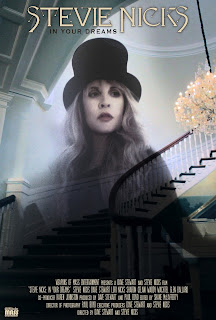 "Stevie Nicks: In Your Dreams" Due Out as Digital Download on July 1


Virgil Films will offer a digital download release of one of the musical cinematic events of the season, Stevie Nicks: In Your Dreams, which is being issued on the heels of the film's recent successful theatrical run. Starting July 1 fans will be able to download a version directly from the filmmakers (Stevie Nicks and Dave Stewart) at inyourdreamsmovie.com.

This exclusive download will feature never-before-seen bonus footage from the film. Stevie Nicks: In Your Dreams will also make its VOD premiere through cable and digital retailers across the country on July 1.

The doc is an intimate portrait of Stevie Nicks, the Grammy-winning artist and member of legendary rock band Fleetwood Mac, as she creates an album with Dave Stewart of Eurythmics fame. Co-produced and co-directed by Nicks and Stewart, the film goes behind the scenes as Nicks and Stewart embark on a musical journey to write and record the critically acclaimed album In Your Dreams.

Outtake scenes would be cool.... But I hope some of that bonus footage are the full videos for the songs...
Nickslive at Thursday, June 20, 2013
Share