Love without Lying: Fleetwood Mac give an exhilarating concert at the O2 World Berlin.


The return of the mainstream
Ten years after their last world tour, 35 years after "Rumours" Fleetwood Mac are back on the road.
By Michael Pilz
Welt.de

"At their concert in Berlin, they show that it is
nonsense to dislike their music" 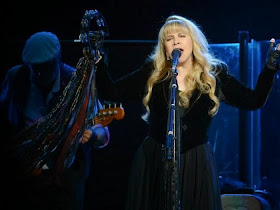 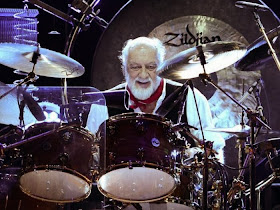 THE SINGER MOVED FROM THE RITZ CARLTON TO REGENT HOTEL

Stevie Nicks took off again
Early Tuesday Fleetwood Mac traveled from Stuttgart to Berlin. The band checked into the Ritz Carlton on Potsdamer Platz one. A classy home that has hosted U.S. presidents, heads and other important winning, celebrities and many widely traveled and experienced personalities. Stevie Nicks (65), the beautiful Rimes voice of the band, apparently not classy enough. The musician rushed off again and moved to Regent Hotel am Gendarmenmarkt. The relationships in the band were always difficult. Maybe did not want to sit on each other so closely with the other nicks.