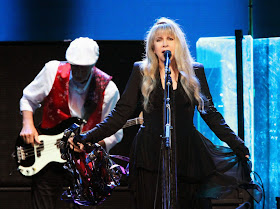 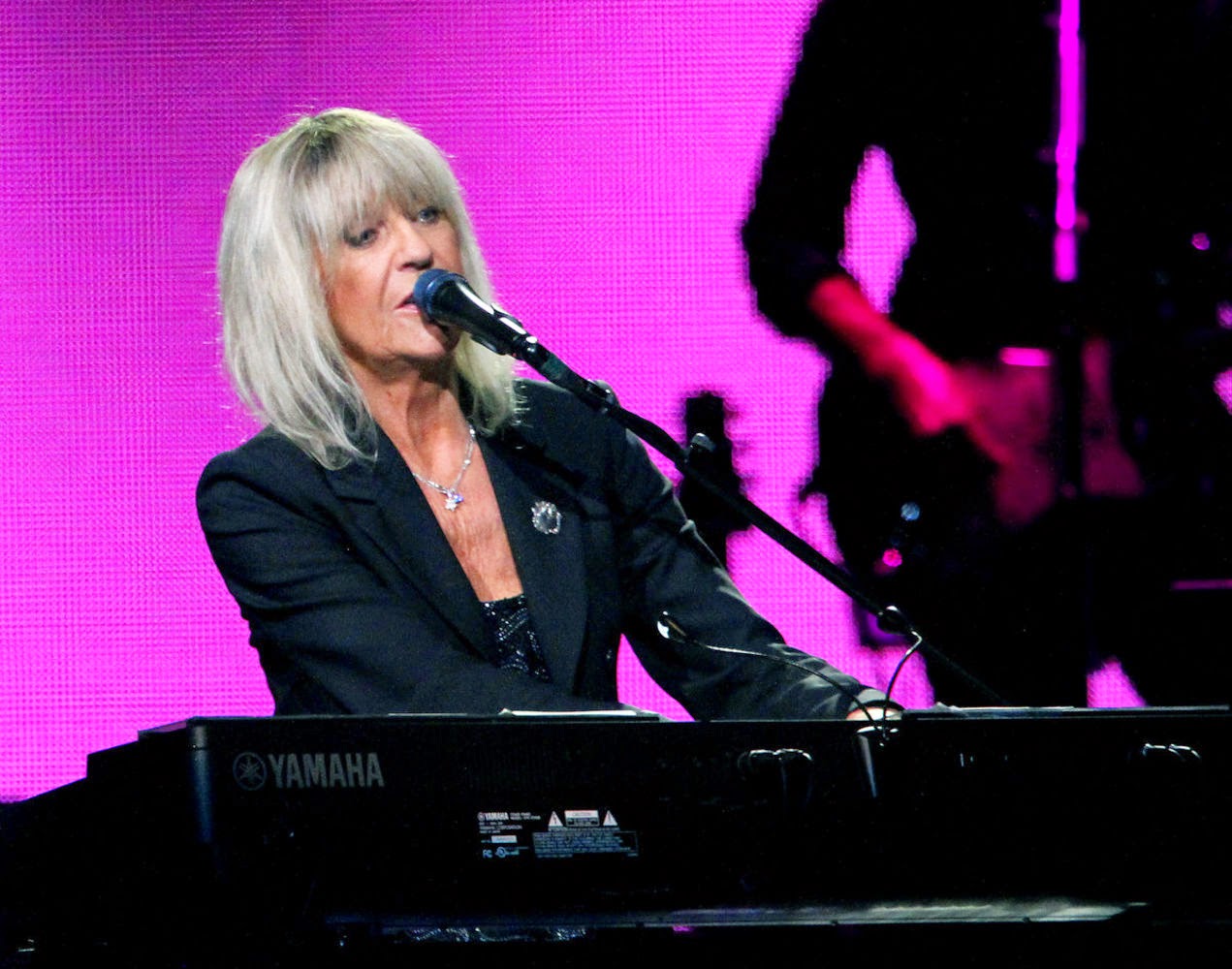 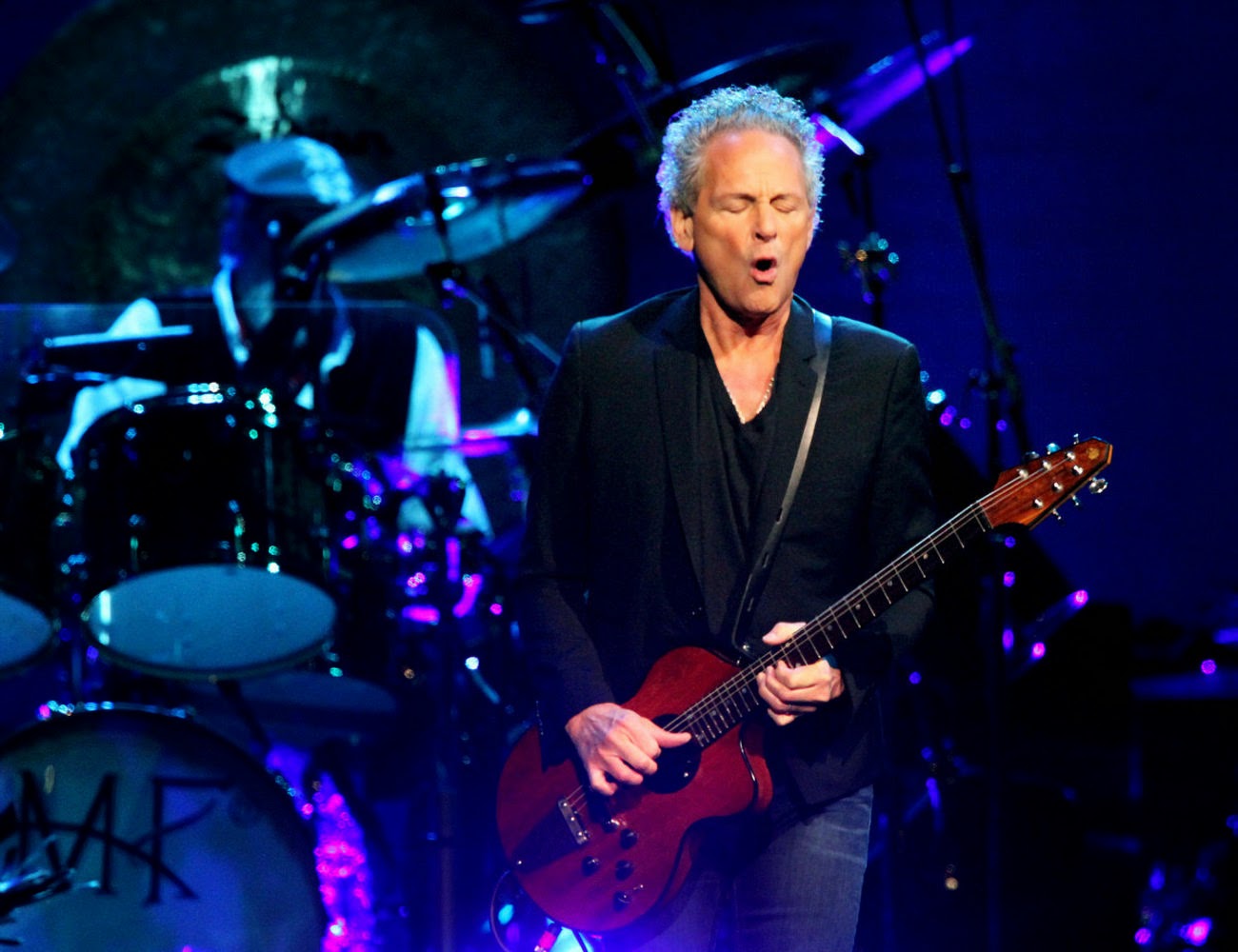 
PHILADELPHIA — Fleetwood Mac returned to Philadelphia Wednesday night, touring together as a full band for the first time in 16 years.

The crowd at the Wells Fargo Center was excited to hear the multi-Grammy Award®-winning band perform together once again, and while nearly everyone was standing as the band took the stage, Christine McVie received a special welcome from not only the concert-goers, but each band member throughout the night.

WHAT YOU MISSED
• Singer-songwriter and vocalist Christine McVie's return to Fleetwood Mac after retiring from the band following The Dance tour in the late '90s. The crowd gave her an overwhelming welcome when she performed the second song of the show, "You Make Loving Fun," and despite a 15-year absence from the stage, her warm vocals really shined in "Little Lies."

• The distinctive voice of Stevie Nicks isn't what it used to be, but that's not to say it's a bad thing; it's just different. At 66 years old, she stills delivers powerful performances in "Seven Wonders," "Gold Dust Woman" and "Silver Springs." The simplicity of "Landslide," with Nicks joined onstage by guitarist Lindsey Buckingham, was almost haunting with her raspy voice.

• While it was definitely Christine McVie's night, guitarist Lindsey Buckingham stole the show. His solos, "Big Love" and "Never Going Back Again," were full of energy, and it was entrancing to watch his finger-picking throughout the night. But Buckingham seemed to mesmerize the crowd with his guitar solo in the 9-minute long "I'm So Afraid" and belted out the lyrics with such a strong voice you couldn't help but stop and just take it all in.

• The band paid homage to McVie's return by beginning the show with "The Chain," a rousing song about unbreakable bonds that would've had the crowd quickly on their feet if they hadn't been already.

NOTES AND MUSINGS
• Stevie Nicks definitely got into character during "Gold Dust Woman," seemingly in a trance as she slowly danced across the stage. At the end of the song, she raised her arms like a bird spreading its wings, showing her silhouette through her shimmering gold shawl as the spotlight shone down on her at center-stage.

• While it would be nearly impossible to replicate the high-intensity, full-volumed "Tusk" without the benefit of the USC Marching Band playing alongside Fleetwood Mac, Lindsey Buckingham led the group in a pretty energizing version of the song. The group wasn't remiss about tipping their caps to the marching band however, as videos of the tuba-carrying and trumpet-toting collegiate band played on the large screen behind them.

• Drummer Mick Fleetwood couldn't stop smiling all night long, and seemed as happy to be onstage as a kid in a candy store. He really impressed concert-goers as he performed the majority of his drum solo during "World Turning" with his eyes closed.

• The entire band put their all into "Go Your Own Way," the last song before a duo of encores. Lindsey Buckingham and Stevie Nicks really worked the stage, and the crowd absolutely loved it.

After kicking off a two-and-half-hour tour de force of a concert aptly with "The Chain"’ a song about unbreakable bonds, Lindsey Buckingham beamed and looked to his right.

“And now the beautiful Christine is back,” the vocalist-guitarist said just before Fleetwood Mac delivered “You Make Loving Fun.”

The capacity crowd at the Wells Fargo Center Monday night roared as the band kicked into the tune’s opening notes. The classic configuration of Fleetwood Mac, which will return to the South Philly venue Oct. 29, was back performing in the area for the first time since it played what was known as the Tweeter Center in Camden in September of 1997.

Vocally McVie and her counterpart, the beguiling Stevie Nicks, have to dial it down. The former is 71 and the latter is 66. What they lack in range, they make up for in character. Fleetwood Mac still has it. It’s just different than it was in ‘97 and especially than it was during the summer of ‘77 when the band’s breakthrough album, "Rumours," was ubiquitous.

Fleetwood Mac wowed the enthusiastic crowd with cuts from the emotional "Rumours,"the second biggest selling album of all-time, and a plethora of other hits.

"Go Your Own Way," "Rhiannon" and "Landslide" sated the boomers.

Buckingham, the young buck in the band at a mere 65, stole the show. The thin as a rail fingerpicker riveted the crowd with an emotional "Big Love." His fiery solo and his electric play in general impressed.

“I think he’s been off stage for 30 seconds tonight,” drummer Mick Fleetwood declared.

That’s not much of an exaggeration as the rest of the veteran group took considerable time off during the marathon show. But Buckingham looked like an old school punk pogoing across the stage and grunting, groaning and screaming throughout the night.

McVie, who was MIA since ‘97 due to her fear of flying, was rough around the edges vocally but she’s been out of the game for nearly 20-years.

Nicks and her unique husky voice and subtle gestures made songs such as "Seven Wonders" and "Gold Dust Woman" haunting and compelling. Whenever Nicks would spin like she did a generation ago, fans shrieked.

Fleetwood made like it was 1977 with a wild drum solo.

But it was the hits and the charm of the band that made the night. Nicks, who has always been a great storyteller, often stopped to drop anecdotes. “In the beginning Lindsey and I lived in San Francisco and there was this amazing store (the Velvet Underground) which had incredible clothes and all of the rock and roll women with money shopped there like Janis Joplin and Grace Slick. I remember thinking that when I make it, I’ll shop at that store and I did. If you do believe in your dreams, they can come true.”

The wild success of Fleetwood Mac enables Nicks to shop anywhere and it also gave the band considerable creative freedom to craft some of the most enduring songs from a generation ago.

GYPSY
EVERYWHERE
GO YOUR OWN WAY