Mick Fleetwood spoke exclusively with me at Ann Jackson's Art Gallery in Roswell, GA. The legendary drummer and founding member of Fleetwood Mac has started to exhibit his photography in art galleries in towns where the band will perform. This began after his friends and family urged him to display his talent. Mick has received a welcoming response from fans that turn out to witness and support his new outlet of art. 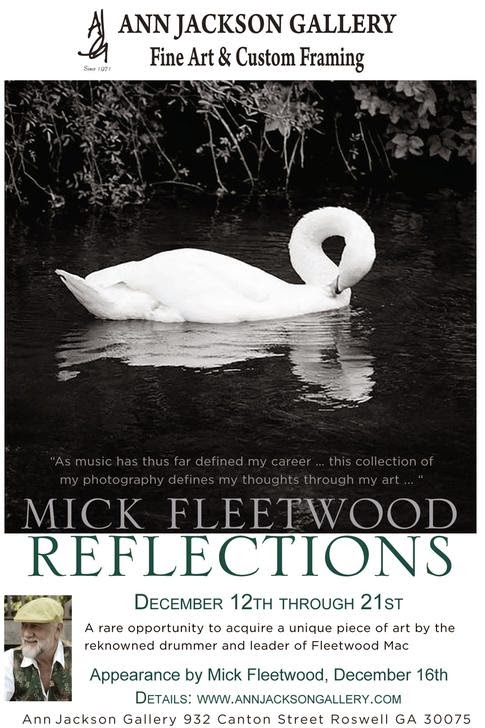