Going their own way
by Dan Cairns
The Sunday Times

Reunited for a mammoth tour, Fleetwood Mac are now planning an album. But for all their attempts to put on a show, they are still riven by backstage tensions 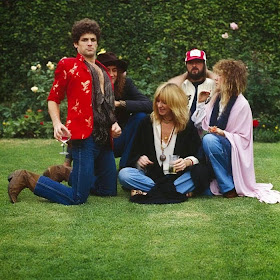 Forty years after the line-up that conquered the world with Rumours first came together, Fleetwood Mac are still having problems agreeing on anything much. The return to the fold 16 months ago of Christine McVie, after an absence of 16 years, is one development they all speak positively about, with none of the usual caveats and festering agendas.

“There’s Stevie on one side of the spectrum,” says Lindsey Buckingham, the band’s coiled, restless, 65-year-old musical director and, what seems like a lifetime ago, Stevie Nicks’s boyfriend, “and me kind of on the other, in terms of sensibilities. Christine sort of bridges that gap.”

Where Buckingham talks in the clinical manner of a scientist, Nicks dives right in. “Christine’s coming back was like the return of my best friend after years away. It’s much more fun now. We were always a force to be reckoned with, and that’s happened again.”