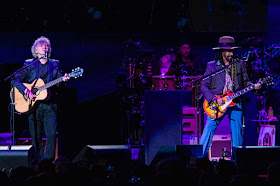 As irreplaceable as Buckingham, 69, may be, Fleetwood Mac’s new lineup ultimately proved a worthy evolution over the two-and-a-quarter-hour, 22-song showing this past Saturday night – even after a far from stellar beginning.

Working through a heavy dose of Rumours to start, hits “The Chain,” “Dreams,” and “Second Hand News” all spun out lethargically. Granted, nearly every song from the Rock & Roll Hall of Famers struck familiar to the rafters-packed Erwin Center. Nevertheless, the kickoff run churned rote and uninspired.

The switch flipped six songs deep, as the core sextet – Mick Fleetwood, 71; John McVie, 73; Stevie Nicks, 70; Christine McVie, 75; Finn, 60; and Campbell, 69 – reclaimed founding F-Mac guitarist Peter Green’s “Black Magic Woman.” Nicks enchanted on lead with one hand gloved in lace and the other leather, but Campbell lit the fire as he worked the stage and guitar throughout the jam, ultimately pulling up next to Christine McVie’s keys, hat reverentially in hand.

Seal seemingly broken, the 11-strong touring configuration didn’t let up. Nicks remained somewhat rare out front, allowing more spotlight to McVie’s vocal turns on “Everywhere” and “Hold Me,” but “Rhiannon,” “Gypsy” and “Gold Dust Woman” all cast their impeccable spell from the frontwoman, even as she unrolled slower in her trademark twirl and lower in her bewitching vox.

Buried behind his kit like a pilot in the cockpit, Fleetwood still set the tone. The towering 2017 SXSW keynoter and co-founding heart of the band beamed and roiled full energy, his requisite drum solo punctuating a seven-minute hole in “World Turning” as he dueled with Japanese percussionist Taku Hirano. Even so, the evening’s undisputed highlight came courtesy of Neil Finn.

Given the stage alone, the Kiwi delivered his biggest hit, “Don’t Dream It’s Over,” as the Red River arena lit up with cell phones. As Nicks emerged to duet the second verse, the moment offered something sublimely unique from the new lineup. Likewise for the pairing of Finn and Nicks on “Landslide.”

The short, three-song encore also acknowledged the new blood in the band, kicking off with Nicks slaying Tom Petty’s “Free Fallin’” in tribute to Campbell’s former bandleader. “Don’t Stop” kept the crowd roused, though the duet between McVie and Nicks on “All Over Again” from 1995’s Time closed anticlimactically.

Fleetwood bestowed the final benediction, acknowledging Buckingham’s emergency open heart surgery last week and wishing the guitarist and his family the best. It suggested that despite the band’s drama, or perhaps even because of it, they were family, and no matter the configuration onstage, Fleetwood Mac still encompasses so much more. 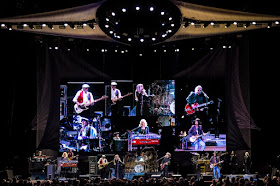 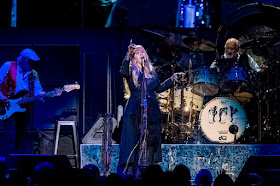 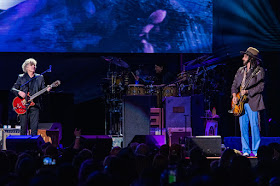 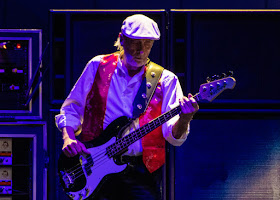 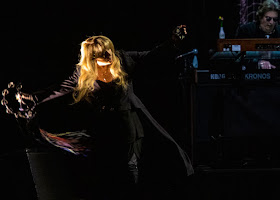 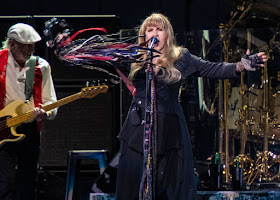 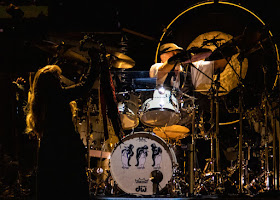 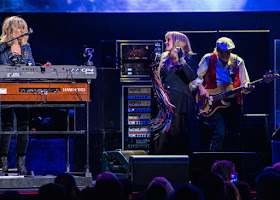