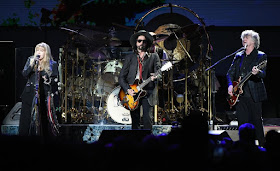 Opinion: Neil Finn of Crowded House and Mike Campbell of Tom Petty and the Heartbreakers did a fine job of it on Wednesday night at the BJCC’s Legacy Arena in Birmingham.

Confession: It’s difficult to evaluate the current incarnation of Fleetwood Mac without taking note of Buckingham’s absence. He made an indelible mark on the classic rock band during its heyday in the 1970s and ’80s, defining much of the music as a guitarist, songwriter and singer. That’s not to diminish the contributions of the other band members -- Fleetwood Mac made its fame as a complex and multi-faceted piece of machinery -- but to say that Buckingham mattered. He definitely mattered.

Now that Buckingham is absent from the roster -- he was fired by the other band members, filed a lawsuit, settled it and recently underwent emergency heart surgery -- Fleetwood Mac is a less thorny outfit. That can be regarded as a blessing or a curse, depending on your perspective. Creative tension fueled the band at its peak, and Buckingham was a key instigator of it.

Finn, who handled Buckingham’s vocals, and Campbell, who took over Buckingham’s guitar work, performed with self-effacing skill, fitting into the band without any fuss and using their substantial talents to serve the music.

Nicks sang with throaty charisma and engaged in her trademark twirls. Christine McVie was a welcome presence on stage, and if her voice -- which used to ring with bell-like clarity -- seemed more fragile than in years past, she remains a charming performer. John McVie put his head down, finessed the bass and anchored the overall sound. Fleetwood pounded the drum kit with non-stop energy and indulged in a showboat solo.

All well and good.

Perhaps, as Fleetwood Mac commemorates its 50-year history in the music world, a majority of the core group wanted a smooth ride on this tour, leaving any messy emotions behind.

And from all appearances, the full house at the BJCC didn’t seem to mind. Folks who appreciate a milder Mac attack could find plenty to enjoy during the show, and a feel-good vibe prevailed.

Grace note: As expected, Nicks reminisced about a 1975 concert in Birmingham, when she and Buckingham performed at Municipal Auditorium (now called Boutwell Auditorium) to promote their self-titled debut album, “Buckingham Nicks.”

Thanks to airplay on a local radio station, the record was wholeheartedly embraced here, and Birmingham was one of a few cities where fans turned out in force for the duo. Buckingham and Nicks, who were shortly to join Fleetwood Mac, have said the Birmingham concert provided their first taste of stardom.

“Little did we know that somewhere in this town that record was simmering,” Nicks said at the BJCC. “I think it’s important for you to know that this city hooked on to that music that became Fleetwood Mac. This song is dedicated to you, straight up, to Birmingham, Alabama. It’s called ‘Landslide.’"

Nicks also used the opportunity to send a get-well wish to Buckingham, saying the band’s thoughts were with him during his recovery. “I know he’s going to get better,” Nicks said. 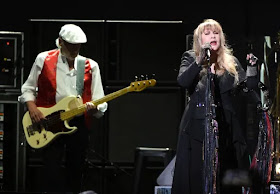 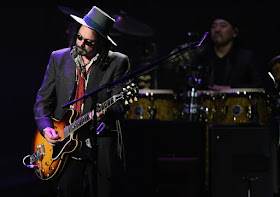 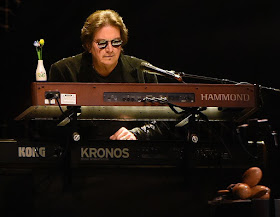 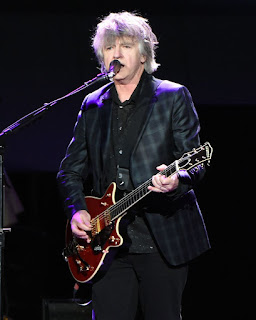 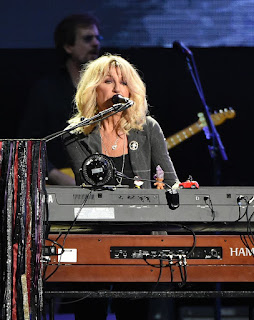 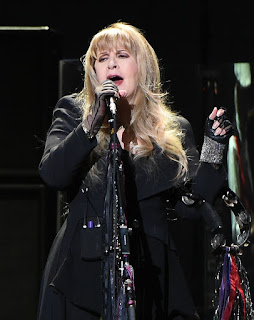 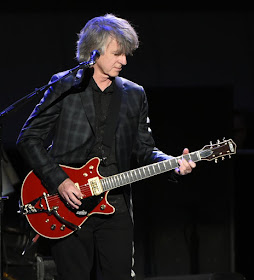 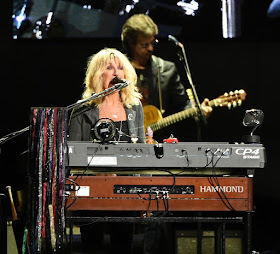