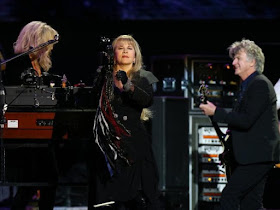 The first few songs of Fleetwood Mac’s Brisbane return roused cringe-worthy flashbacks to one of those work Christmas parties where you end up at a dingy karaoke bar in the early hours of the morning.

The sound was off, the vocals felt groggy and the sparkle that fuelled decades of success for the 50-year-old band was just not there.

That was until the group launched into the first bars of Black Magic Woman, penned by former band member Peter Green, and the hypnotic Fleetwood Mac spirit arrived.

“When we first went into rehearsal for this tour we went through our history of Fleetwood Mac and we picked out a couple of songs we thought you might enjoy,” Stevie Nicks told the crowd on Tuesday night.


“This song is pretty much a man song. But we would like to do this song for you through the eyes of a woman.”

The hit-making machine, who last played Brisbane in 2015, was without long-time incumbent Lindsey Buckingham who was axed from the band last year.

After a slow start, Nicks and Finn found their groove and produced plenty of spine-tingling moments, helped along by Fleetwood Mac backbone John McVie.

“I really am so happy to be here. We don’t actually get to come to this part of your country often so it is so great to be here," Nicks said.

“It is warmer here … [Brisbane] is like your Hawaii, right? That is what I call it."

Clutching a tambourine and wrapped in Stevie Nick’s version of a sarong - a glittery shawl - the vocal powerhouse brought tears to some eyes with fan favourite Landslide.

Christine McVie, the lesser-known female vocalist of the group, had the crowd on their feet with hits such as Everywhere and Don’t Stop.

The 67th show on their victory lap tour was dominated by hits from their smash album Rumours, and there were no complaints about that.

For a band that is half a century old, they still managed to send the crowd into a frenzy.

I know what I will be singing at this year's Christmas party. 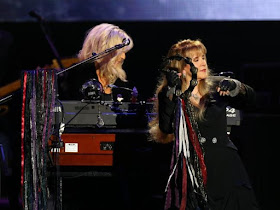 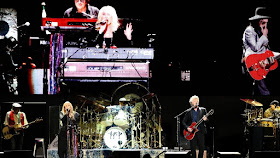 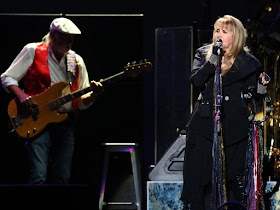 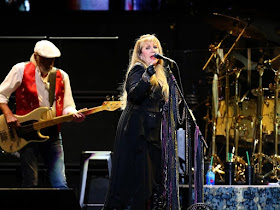 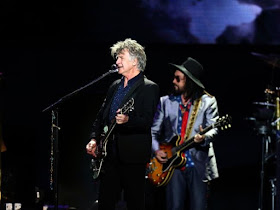 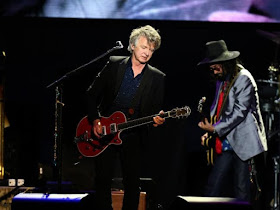